How deregulation led to the opioid epidemic 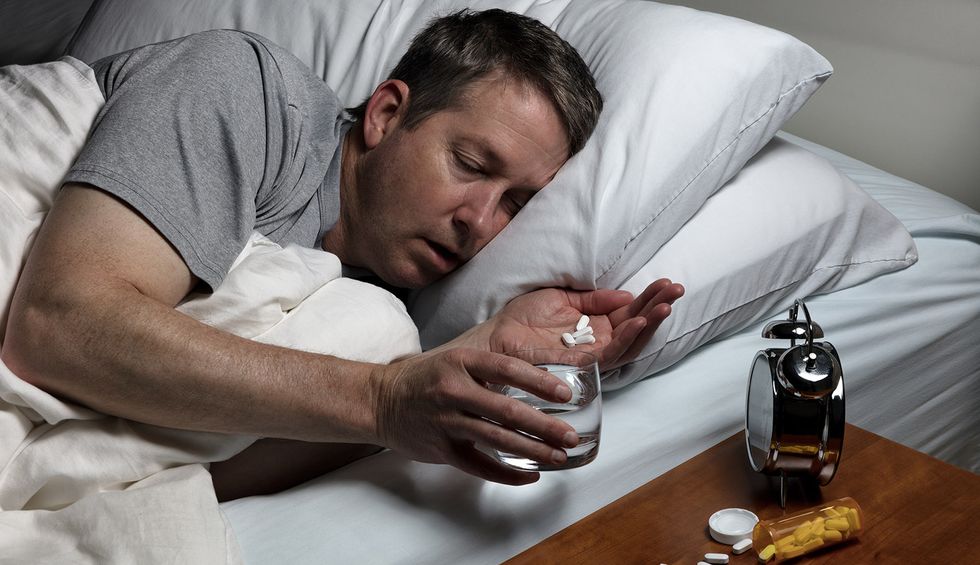 The opioid abuse epidemic is one of the worst public-health crises in American history. According to the Centers for Disease Control and Prevention (CDC), between 1999 and 2017, almost 400,000 people died in the U.S. from an overdose of either prescription or illicit opioids. In 2017 alone, opioids, more than one-third involving prescriptions, killed more than 47,000 individuals. And today, on average 130 people die each day from opioid overdoses.

The root cause of most cases of opioid addiction, particularly prescription-initiated addiction, is pain, a devastating but sometimes overlooked symptom. As a recent American Industrial Hygiene Association paper argues, “the opioid crisis should be seen primarily as a pain crisis, much of which is related to work.” Addressing that crisis precipitated another: treatment regimes that relied heavily on opioids. Today there’s little awareness that almost two decades ago, conservative members of Congress, in a burst of anti-regulatory zeal, championed the fight to eliminate the very ergonomics standard that was designed to reduce the high incidence of a number of common workplace injuries.

The tale of that misguided effort begins with the Occupational Safety and Health Act, which was signed into law by President Richard Nixon in 1970, following decades of unregulated, preventable workplace deaths, injuries, and illnesses. Its goal was to “assure safe and healthful working conditions for working men and women” and included “authorizing enforcement of the standards developed under the Act.”

The act incorporated existing industry safety standards and adopted new ones to cover an array of workplace hazards, such as work-related musculoskeletal disorders (WMSDs). These disorders included a wide range of conditions like carpal tunnel syndrome, back pain, and tendonitis that are related to repetitive stress, or sustained or sudden exertions resulting from lifting, pushing, and pulling; carrying many or irregularly shaped objects; maintaining awkward or unnatural positions; or handling vibrating machinery and tools.

By the 1980s, labor health and safety activists recognized that alarming rates of disabling WMSDs were occurring in a wide variety of workplaces, including auto manufacturers, garment factories, office environments, and meatpacking and poultry plants. New modes of assembly line production exacerbated these long-standing problems. The need to implement an ergonomics standard, one that would require employers to systematically address the hazards that give rise to musculoskeletal injuries suffered by their workers, became even more urgent.

There were several false starts for the controversial provisions, but OSHA began working in earnest on the standard in 1993. However, the resulting proposals soon ran into trouble on Capitol Hill. The Democrats lost control of Congress in 1994, and Newt Gingrich’s “Contract with America” heralded the new Republican majority’s deregulatory push. Bemoaning the costs that an ergonomics standard would entail for the private sector, industry lobbyists derided OSHA’s ergonomic proposal as the poster child for government overregulation. The agency estimated that the new rule would require $4.5 billion in annual compliance costs, but would generate $9.1 billion in benefits every year in the first ten years, and prevent hundreds of thousands of musculoskeletal disorders each year.

Gingrich’s acolytes fought the development of the standard tooth and nail, despite a 1997 General Accounting Office report that found that “billions of dollars are spent by private sector employers on workers’ compensation claims associated with WMSDs,” and that “employers can reduce these costs and injuries and thereby improve employee health and morale, as well as productivity and product quality” by implementing effective ergonomics programs in their workplaces.

After a decade of research and heated political debate, OSHA finally prevailed. On November 14, 2000, during the final weeks of the Clinton administration, the agency issued its ergonomics regulation. It applied to more than six million worksites covering 102 million workers and required all general-industry employers (excluding the agriculture, maritime, and construction sectors) to establish an ergonomics program if triggered by reports of a worker’s WMSD or persistent evidence of WMSDs in the workplace.

The standard went into effect days before George W. Bush was inaugurated. But a few months later, Congress used the Congressional Review Act of 1996 to obliterate the regulation, the first and only time the act had been used to rescind an agency regulation (until President Trump began to make frequent use of it). Usually, if a new administration dislikes a regulation and wants it revised or revoked, it needs to engage in rulemaking all over again and must justify the desired changes. The ergonomics standard escaped this process. In his first legislative act as president, Bush signed the rescission resolution on March 20, 2001, taking the standard off the books and prohibiting OSHA from ever issuing a substantially similar one. A regulation designed to protect workers from debilitating workplace injuries—that frequently required painkilling treatment regimes—had been completely destroyed.

The Bush administration paid lip service to the value of ergonomics programs. Administration officials noted that employers who ignored obvious problems with WMSDs might be cited under OSHA’s “general duty” to provide a workplace reasonably free from recognized hazards. But, as a June 2004 memo to OSHA’s regional administrators made clear, any new guidelines for the prevention of WMSDs “are not new standards or regulations and do not create any new OSHA duties for employers” (emphasis in original). Today, no federal ergonomics regulation exists. (Some states run their own OSHA programs, with federal financial and technical assistance and oversight. They are required to provide worker protections at least as vigorous as federal OSHA  regulations require. Of these states, only California has specific ergonomics regulations currently on the books.)

But the hazardous workplace conditions that give rise to musculoskeletal injuries, and the chronic pain that so often accompanies those injuries, haven’t gone away. According to the Bureau of Labor Statistics, musculoskeletal injuries are the most prevalent occupational injury in the United States today, totaling, in 2017, 32 percent of serious nonfatal occupational injuries and illnesses. The CDC, meanwhile, continues to claim that “together, employers, workers, and other parties with an understanding of ergonomics can design effective programs to prevent and minimize WMSDs.”

In 2017, there were 344,970 cases of workplace musculoskeletal injuries involving days away from work. How many of those cases represent workers who are being treated or are self-medicating with opioids today? How many are addicted? And how many of their injuries could have been prevented with an effectively enforced standard designed to reduce the hazards that cause WMSDs, like the short-lived 2001 rule?

Today, the CDC points out that the best ways to prevent opioid overdose deaths include improving prescribing through revamped clinical-practice guidelines and treatment and preventing opioid use disorder. But there’s little discussion even now about preventing the workplace injuries that cause the pain that contribute to opioid use and abuse. Federally enforceableworker-informed ergonomics programs continue to be urgently needed in every workplace where these hazards exist. If only Congress and President Bush had understood that 18 years ago.