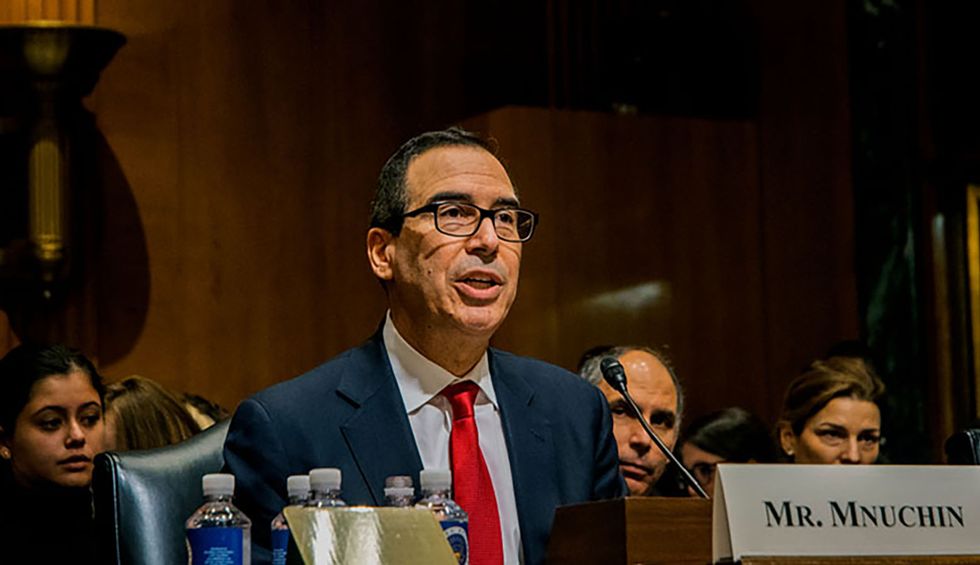 Since achieving a majority in the U.S. House of Representatives, Democrats have stepped up their efforts to gain access to President Donald Trump’s tax returns — and he has continued to fight them every step of the way. But the battle rages on, and according to a court filing by the House Ways and Means Committee on Tuesday, an unnamed source gave that panel “credible allegations” of possible efforts to influence the Internal Revenue Service’s audit of Trump’s tax returns.

The court filing, according to Talking Points Memo, is part of a lawsuit the House Ways and Means Committee (which is chaired by Democratic Rep. Richard Neal of Massachusetts) has filed against the Trump Administration in the hope of obtaining Trump’s tax returns.

In an August 8 letter sent to Steve Mnuchin, secretary of the U.S. Treasury Department under the Trump Administration, Neal wrote that the House Ways and Means Committee had “received an unsolicited communication from a federal employee setting forth credible allegations of ‘evidence of possible misconduct.’” That possible misconduct, Neal said in the letter, might include “inappropriate efforts to influence” the IRS — an allegation the Massachusetts congressman described as a “grave charge.”

Neal, since becoming chairman of the House Ways and Means Committee in January, has been trying to determine whether or not the IRS has impartially audited Trump.

In his August 8 letter, Neal gave Mnuchin until August 13 to respond — and on that day, Mnuchin told Neal he had referred the matter to the Treasury Department’s inspector general.