‘He’s empty’: Psychiatrist warns Trump is in a ‘psychotic-like state’ 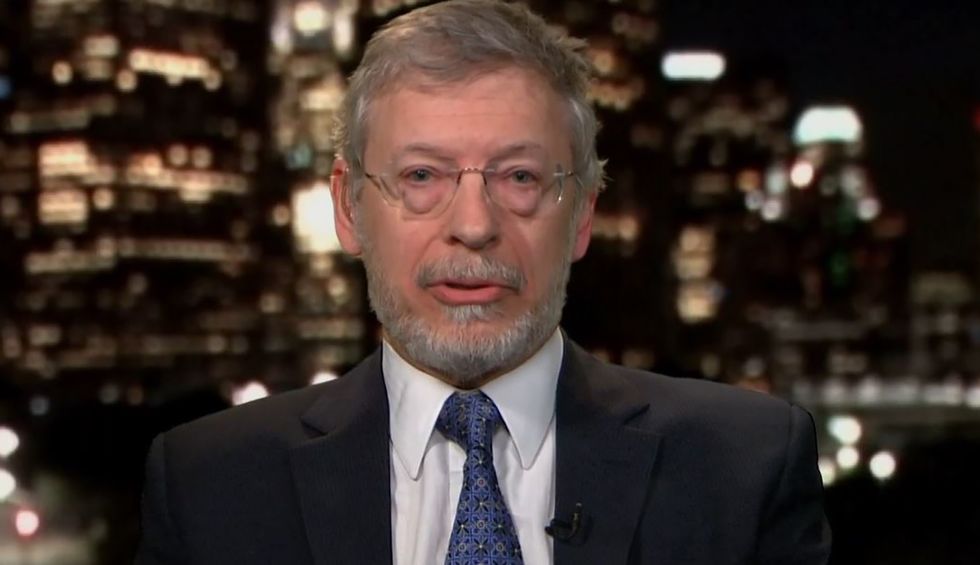 Dr. Lance Dodes warned that things were going to get worse under President Donald Trump in 2017. That’s precisely what happened.

“Is that what we’re seeing this week?” MSNBC host Lawrence O’Donnell asked the psychiatrist.

“Absolutely. Donald Trump, because he has a fundamental need to be all-powerful and all loved, can’t stand challenges,” Dr. Dodes said. “And the nature of democracy is that it challenges people. We have more than one opinion. So the more — it was predictable once he got into a position where people would challenge him, there are two parties, he would become more unhinged.

“As you watched him respond to people, the more they challenged him, the more he ranted,” Dr. Dodes continued. “He stopped responding to the questions, and instead, he started to talk about how people were agents of fake news. He said that they would go out of business soon. They would die…This is the same kind of thing that he did when he was a candidate when he suggested someone protesting at his campaign rally be taken out and beaten up.”

The psychiatrist explained that Trump can’t handle when people disagree with him.

O’Donnell asked about the strange relationship between the president and Kim Jong Un, who the president has said he’s fallen in love with.

“He doesn’t really love anyone except himself,” Dr. Dodes explained. “That’s not a slur, that’s a psychological fact. People like him are about him. And we see this not only with the North Korean leader but with all the people he surrounded himself for most of his life who are now recognized as criminals. As long as they stay loyal to him, he loves them. As soon as they challenge him, as soon as they disagree, then they’re terrible people.”

That situation is playing out with former top aide Anthony Scaramucci, who spoke glowingly about Trump for years and even published a book about the great work he’d done. Yet, the moment Scaramucci challenged something Trump said, the honeymoon was over.

“He never loved him, he only used him,” Dr. Dodes said about Kim, though it could have been applied to anyone Trump has had a falling out with. “If he’s not useful to him, he stops loving him. That’s part of the essential emptiness of Donald Trump. He doesn’t have real relationships with people. Maybe his personal family, we don’t know about that. But you can see that he discards anyone who doesn’t fit his personal needs, which makes him unable to really relate to our allies as well as our enemies.”

When it comes to Trump’s look toward the heavens as he bragged about being “the chosen one,” Dr. Dodes explained it was just another example of grandiosity and that there are many people in public life that have a grandiose sense of self.

“Donald Trump goes way beyond that,” he explained. “There is a fundamental way in which he’s empty. There’s something fundamentally different about him from normal people. It’s a psychotic-like state. The more you press him, the more you see how disorganized and empty he is. The more he flies into a disorganized rage. So yeah, and by the way, in terms of being God, he also made several what you might call Freudian slips during the interview today. He kept mixing up who he was and who the country was. He said, ‘I have the best economy.’ I, not the country. ‘I defeated the caliphate.’ It’s not just a slip of the tongue; he really doesn’t get it. He thinks of himself as a dictator, and it’s all him and no one else really matters.”

Watch the fascinating take below: