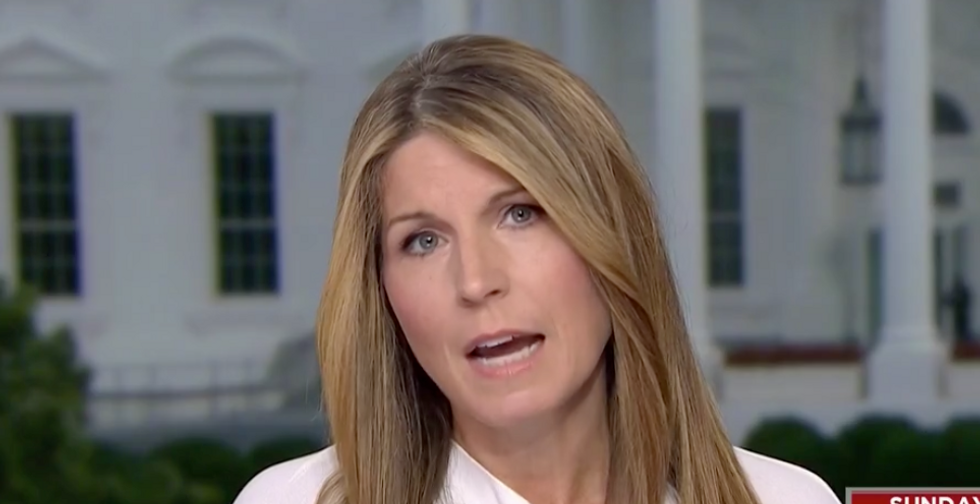 She first pointed to a passage in the New York Times report on his Thursday night rally, which said:

His speech was at times a greatest hits album of favorite lines, replaying the 2016 campaign against Hillary Clinton and bashing the news media, Democrats and America’s allies in Europe. Typically rambling, veering on and off script seemingly at random over an hour and a half, he repeated points he had already made earlier in the evening as if he did not remember already making them.

His talk was also marked by repeated inconsistencies. The same president who last year said trade wars were “easy to win” told his supporters that “I never said China was going to be easy.” The same president who compared America’s intelligence agencies to “Nazi Germany” when he took office complained that Democrats “use the term Nazi” to attack their opponents.

At one point, when a protester disrupted the speech and was escorted out of the arena, Mr. Trump belittled the man’s physical appearance. “That guy has a serious weight problem,” he said. “Go home, start exercising!” Then he shifted back to his prepared text to say that his campaign was about “love.”

The Republican senators greeted Trump on Capitol Hill and saw a president so repetitive and rambling, some thought he might be suffering from early Alzheimer’s. But they know which way the wind is blowing. They gave him a standing ovation.

"You've got reporting from [the Washington Post], from Axios and other places, that in and out of the room, people either disparagingly or affectionately, are saying at an increased clip: He's crazy," Wallace said.