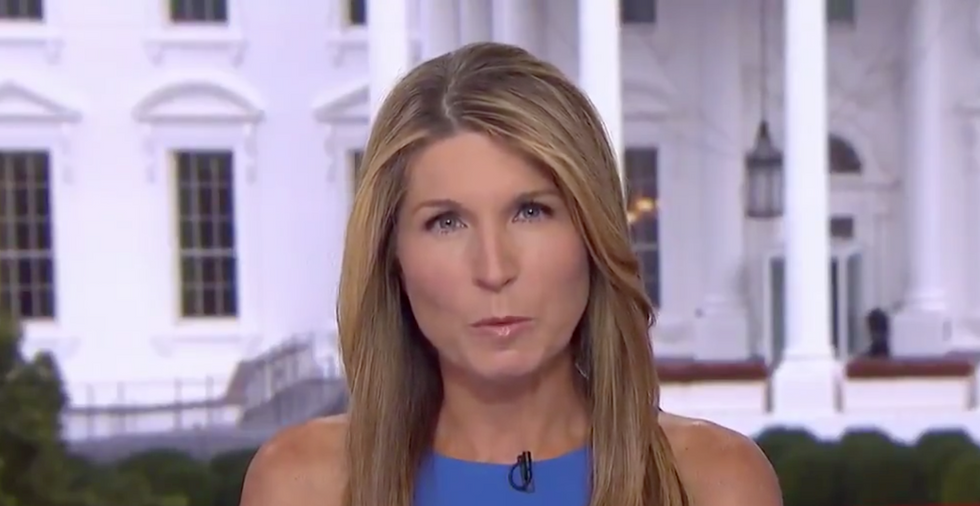 President Donald Trump has tweeted a lot trying to dispel predictions of a possible recession on the horizon. He swears the economy is doing the best it has ever been in history. He’s claimed it will only get better. The reality, however, is that it has softened and investors are concerned about his trade war with China. MSNBC host Nicolle Wallace said that it has become clear Trump is self-imploding.

“I think people say, and I police it strictly here, voters are not numb,” Wallace said. “They are busy but they are not numb. They see and hear everything. I think if you made this sort of deal, and we might feel it’s a deal with the devil, but if you made this deal if the economy stays strong, that’s not a deal that will be on the table anymore. It seems like he is doing it to himself. He’s almost self-imploding on the economy.”

Princeton Professor Eddie Glaude agreed, saying that this is a critical time of year for farmers, and they’re already hurting. If Trump destabilizes the economy, they’ll be hit even harder.

The most recent poll released Wednesday shows Trump losing to the top five Democratic candidates in 2020.

“What’s amazing to me is that these numbers are lower than at some of the most crisis-feeling moments in the Mueller probe,” Wallace said about the poll. This is really, sort of, a new floor for him.”

“We’ve seen the economy, the trade war, we’ve seen his doubling down on racism, it’s all coming to fruition in these polls and we’re seeing it go down,” agreed MoveOn.org’s Karine Jean-Pierre. “The thing about it is he’s a historically weak president, and as the economy gets worse, his numbers will keep going down. But we have to be very, very careful, Democrats have to be careful because we can’t get complacent here. One thing we learned in 2016 is you can win the popular vote and still lose the presidency. What Donald Trump is going to do, whoever the nominee is, because he did it before, as you said, he’s going to take that person down, the negatives will go so far up and it’s going to be really a base election and it’s going to be incredibly ugly.”

Wallace noted that Trump knows very well that his reelection hinges on the stability of the economy.

Watch the full panel below: