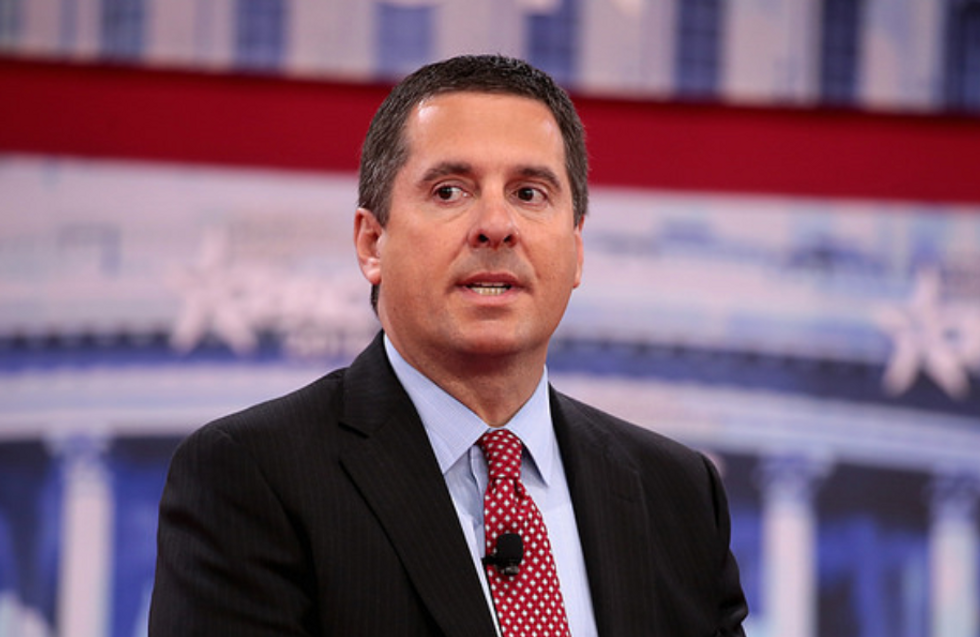 A couple of years ago I wrote a quick piece on the top Republicans receiving the most career NRA and gun lobby money. That list showed you how over their careers people like Sen. John McCain—who has since shuffled off this mortal coil and Reps. like Barbara Comstock—who lost her reelection bid in 2016 under a blue wave of change—pulled in hundreds of thousands and even millions of dollars from the gun lobby. Some of the Republicans on the list have moved into private life to make some more money, with hopes they can reemerge down the road hiding dried blood stains and the faded smell of corruption, like Wisconsin’s Paul Ryan. And while hundreds of thousands and millions of dollars seem tame over a career, keep in mind that these are the numbers not hidden deep inside of PACs that are untraceable. The price of sitting on one’s hands while children are murdered and families destroyed continues to be relatively cheap. And while some of these names no longer count as elected officials, MarketWatch points out that 98% of gun groups and the NRA’s targeted candidate money continues to go to Republicans.

So here is a top 20 list of congressional representatives taking the most money in recent years from the gun lobby, according to OpenSecrets.Org. These are numbers from the 2017-2018 election cycle and while some of these folks are no longer in office (in italics), the damage they’ve done in the name of blood money endures.

Ted Cruz (R-TX) received $309,021, but if you want to go shooting with him you better have a background check. No, seriously.

Martha McSally (R-AZ) and her $227,928, have gotten her through losing elections but we will see where that goes as she will actually have to defend the seat she was not elected to this coming year.

Steve Scalise (R-LA) took his $132,831 and a few bullets but he’s ready to oppose all gun safety proposals.

Devin Nunes’ (R-CA) $95,093 couldn’t stop him from being one of the worst people in the history of people.

Marsha Blackburn’s (R-TN) $85,168 is now a quiet little secret as the blue wave freaked her out, and so during this election cycle she’s pretending that she hasn’t spent a good part of her career extolling the virtues of guns.

Dean Heller’s (R-NV) $76,713 from the gun lobby got him to vote against everything from background checks to magazine sizes.

Mia Love ‘s (R-UT) $50,233 didn’t win her reelection but her early retirement has led to her new bright idea that Republicans should have a policy plan for gun violence.

John Culberson (R-TX) and his $43,575 in gun money proves the rule that if you are conservative with a “TX” next to your name, you are cashing blood money checks on the regular.

Greg Gianforte (R-MT), $43,525, the man who assaulted a reporter over tough questions spent a lot of campaign money attacking the idea of an assault weapon registry.

Kevin Cramer (R-ND) received $39,796 from the gun lobby. Maybe they were impressed with his ability to compare immigrant children’s detainment cages with “playgrounds?”

Will Hurd (R-TX) took that $38,350, becoming the only African American Republican in the House of Representatives. Hurd announced his plans to not run for reelection at the beginning of August.

Cindy Hyde-Smith (R-MS) didn’t have to give back the $34,986 she received from the gun lobby after she made a lynching joke and photos of her rocking Confederate gear hit the internets. Maybe wearing racist stuff doesn’t matter to the NRA and other gun enthusiasts when you have a racist organization’s gun in your hands as well?

Pete Sessions (R-TX) lost his reelection bid, but not after blaming gun violence on “diversity” in American culture, and also receiving $34,200 from other like-minded gun folks.

Jim Renacci (R-OH) took his $33,284 in gun money, and a strip club owner’s private jet all around Ohio in hopes of taking Sen. Sherrod Brown’s seat.

Cathy McMorris Rodgers (R-WA) $30,297, has been voting red for so long, come hell or high water, that gun money just always trickles in.

Mike Coffman (R-CO) and his $28,085 in gun money were the focus of successful Republican attack ads.

Here are some additional highlights from the 2016 top gun money makers:

Ron Johnson (R-WI) took $165,538 and has proven that his special talent as a lawmaker is not understanding how or what laws are—especially in regards to guns … and bombs.

Rand Paul (R-KY) likes $110,500 of gun money, loves guns, and also likes inciting violence against U.S. representatives that are not white. But that’s mostly because Rand Paul, like his father, is a racist shithead.

Pat Toomey (R-PA) spent his $79,908 in gun money pretending to work “behind the scenes,” on magical gun legislation that no one has ever seen.

Ryan Zinke (R-MT) took his $79,068, a pittance considering the fact that he took private meetings as secretary of the Interior with gun manufacturers, in companies he has financial stake in—that he forgot to disclose when he was nominated for the position.

Rob Portman (R-OH) only received $52,686 during the 2016 cycle, but he’s one of the top ten all-time moneymakers from the gun lobby. But watch out, gun lobby, Portman once said he thought maybe terrorists shouldn’t be allowed to have guns. Is Portman a commie secret deep state Muslim snowflake? Only time will tell.

Kevin McCarthy’s (R-CA) $42,000 gets him to say stupid shit like “video games” are the real reason why people with guns kill people.

Josh Hawley (R-MO) got a healthy dose of NRA money for his Senate run in 2018. Dark money poured into his senate race against Claire McCaskill and his campaign was accused of illegally coordinating large ad buys in the state of Missouri with the NRA. The people involved were accused of the same scheme during the 2016 election, where they coordinated with the Trump campaign.

This past cycle saw the NRA’s campaign contributions dwindle as their own finances have been called into question, and the return on their investment in war didn’t yield the same election results as previous years. But that money is still powerful enough that CNN reported 49 out of 50 Republican officials asked avoided speaking on air about the last couple of days’ mass shootings.