'Heartbreaking': Racist drivers in Idaho have been harassing busses of Latino schoolkids 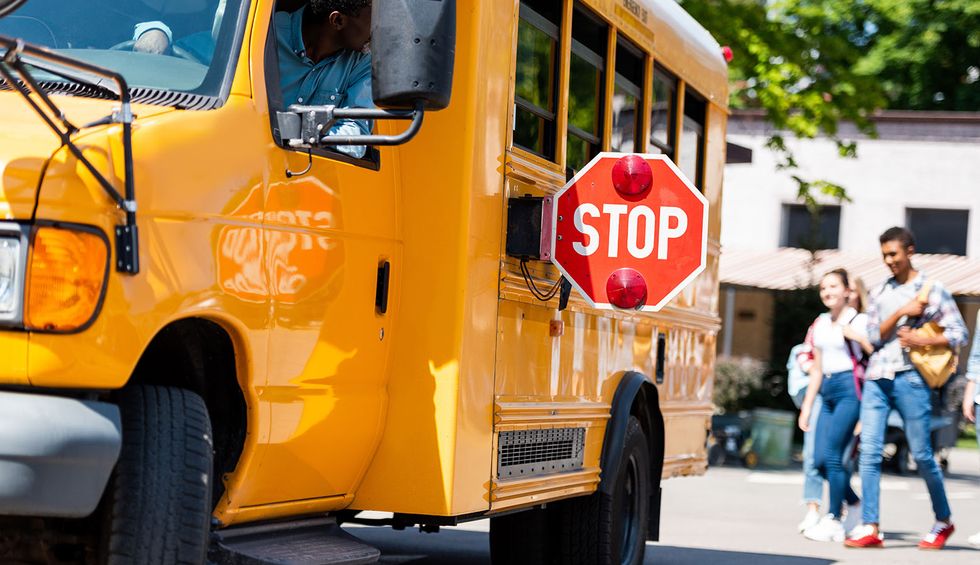 An Idaho advocacy group is being forced to modify Head Start busses that transport children from their homes to school because of racist hatred from drivers. “It’s really heartbreaking, because they’re children,” said Sonnay Alvarez of the Community Council of Idaho. “They don’t understand what hate is.”

Idaho Statesman reports that the busses, which get the children of migrant workers to and from class, are labeled with signs reading, “Migrant and Seasonal Head Start.” But the Community Council now plans to either remove or conceal those signs, “after repeated experiences of harassment from motorists across the state,” which started with nasty gestures and has now escalated to being followed.

Staffers, Idaho Statesman continues, “assume the drivers are harassing the buses ... because they assume that migrant means undocumented.” But that should be irrelevant: these are kids on their way to school, and now the grown-ups, the very people that children are told to go to for help and when something is wrong, are harassing them.

“Each bus transports eight to 12 kids from their homes to the center, and the staff estimates that dozens of migrant children and bus drivers have experienced this harassment across Idaho.” The fears that the harassment could escalate from middle fingers to deadly violence is very real, following the white supremacist terrorist who killed 22 in El Paso, Texas.

“But after the shooting, staff saw the harassment in a far more sinister light. In addition to obscuring the words ‘migrant’ on their buses, several Head Start centers are planning to add security cameras, tint windows and block playgrounds from the sight of passers-by.” The group had not reported the harassment to police, but now plans to work closely with them to monitor the harassment.