GOP strategist: Greenland debacle proves that Trump is ‘batsh*t crazy’ and a ‘madman’ 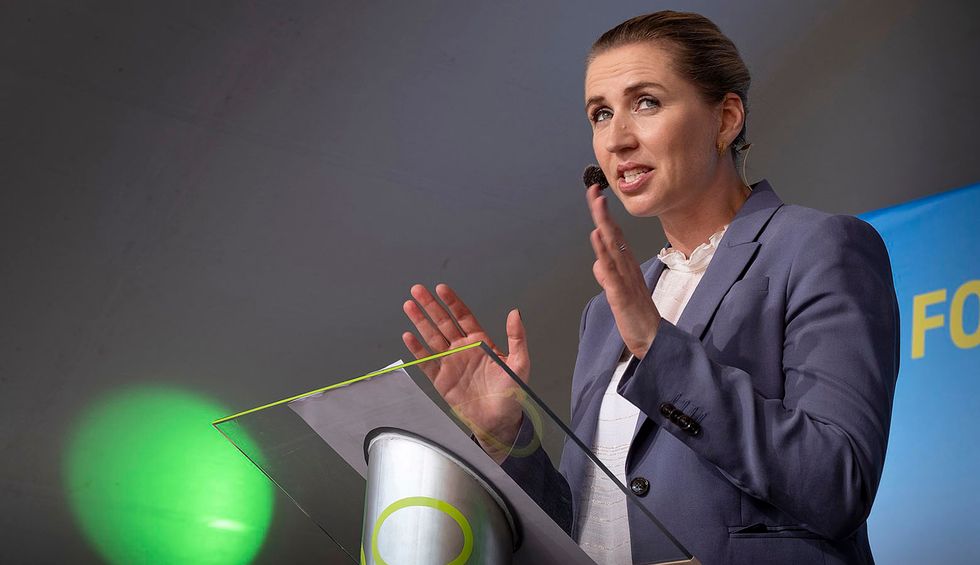 While many former critics of President Donald Trump have turned into obsequious sycophants — most notably, Sen. Lindsey Graham and White House adviser Kellyanne “Alternative Facts” Conway — GOP strategist Rick Wilson remains an unwavering Never Trump conservative. This week, Trump gave Wilson a lot of material to work with when he angrily canceled a trip to Denmark after Danish Prime Minister Mette Frederiksen described his offer to purchase Greenland as “absurd.” But Wilson, in a blistering op-ed for the Daily Beast, declares that the Greenland/Denmark debacle goes way beyond absurd — it demonstrates that Trump  belongs in a “padded cell” rather than the White House.

“This isn’t madman theory,” Wilson declares in his op-ed. “This is just a mad man.”

“The howling vacuum of need within Trump’s soul had already distorted every normal human emotion for decades, but now, the stress of the presidency and the realities of his lasting failures have pushed him closer to a very public mental breakdown,” Wilson asserts. “In business, Trump could paper over his bankruptcies, flops, asinine remarks, and failed cons. The presidency is different.”

Trump’s outrageous behavior in recent days, the Florida Republican notes, include not only throwing a temper tantrum over Greenland, but also, claiming that Israeli Jews consider him “the King of Israel” and saying he is “the chosen one” when it comes to leading a trade war with China.

“The recognition that Donald J. Trump — president of the United States, commander in chief of the U.S. armed forces, leader of the Republican Party, and now, King of Israel and Chosen One — is, to use the psychiatric term of art, batshit crazy, is dawning even on the slowest members of society,” Wilson stresses. “Also, that there’s not a damn thing we can do about it until November 2020.”

At this point, Wilson contends, Trump’s behavior goes way beyond arrogant: it shows that he has mental health issues.

“What the boobs defended for three years as sales talk and typical Trumpian bullshitting is more and more indefensible,” Wilson emphasizes. “From economic claims to immigration scare stories to his constant mendacity about the wall, the lies — or whatever they are, given how inclined he is to trust what the voices in his head tell him — are seen as less crafted and more crazy.”

Under previous presidents, Wilson recalls, no one woke up thinking, “Hey, I wonder if this is the day that  Barack Obama nukes Denmark?” or “Is George H.W. Bush gonna declare war on Belize because they tweeted something critical of him?” But at this point, Wilson adds, Trump’s behavior is so erratic that “only his most deluded followers” can honestly defend him with a straight face.

Concluding his op-ed with biting sarcasm, Wilson writes, “Donald Trump, the conqueror of Greenland, victor of World Trade War I, King of the Jews, richest man in the world, number-one lover man of all ladies, and golden god astride the Fruited Plain is the tallest, smartest, most handsome, best-hung president in this or any era. Just ask him. Or the voices in his head.”