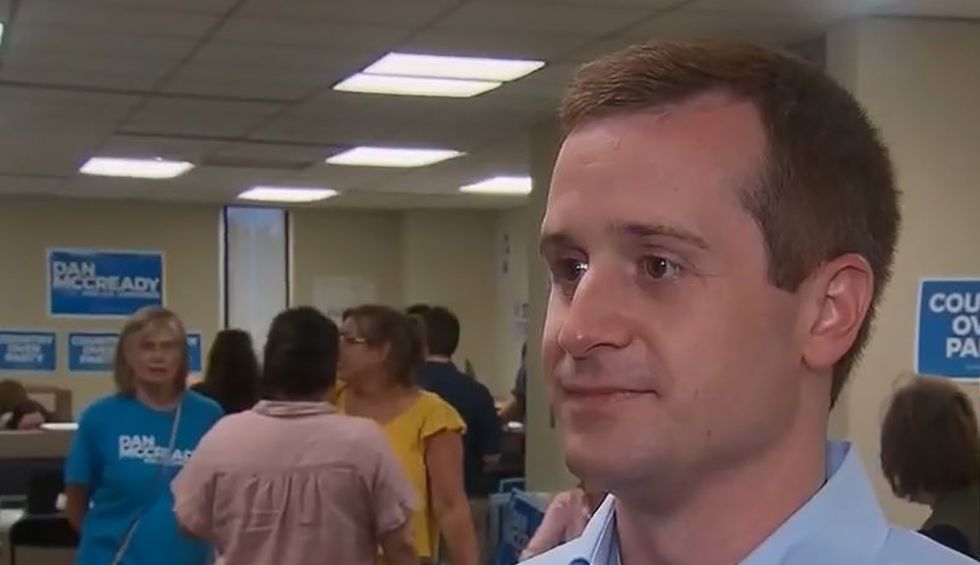 During a “Reality Check” segment on CNN’s “New Day,” contributor John Avlon highlighted the exodus of GOP House members who have chosen to step down and not run for re-election under Donald Trump, calling the sheer number of them “stunning.”

Speaking with hosts John Berman and Alisyn Camerota, Avlon hearkened back to the departure of former House Majority Leader Paul Ryan (R-WI) that was a harbinger of more departures to come.

“If you look around Congress lately, a surprisingly large number of Republicans who were there before Donald Trump became president are no longer serving. So what is causing that?” host Berman said by way of introducing Avlon.

According to Avlon, “We talk a lot about Republicans who, come hell or high water, have latched onto Donald Trump and will hold on no matter what he says or does. But there is a counter-trend: an exodus away from the party of Trump.”

“What is really surprising is that 34 House Republicans chose not to seek re-election in 2018 while they were still in the majority, ” he added. “Among their ranks was the sitting Speaker of the House, Paul Ryan, who told Politico he had enough of identity politics and exploiting divisions.”

“Tally it all up and that is 93 House Republicans out of 241 — more than 38 percent turnover in a party that had control over Washington until late last year,” he revealed. “Beneath the surface there is deep discomfort in the party under Trump as it turns into what looks like a demographic dead end. But here is the thing, most Republicans are afraid to say it in public. They’re afraid of being attacked by this president. Afraid that, if they speak out, they’ll lose their job in their partisan primary.”

“There is no question Trump remains very popular with the base, some 88 percent in the latest Gallup poll,” he added. “Donald Trump is also the only president in the history of Gallup polling to never be above 50 percent approval rating. He’s down to 44 percent.”

“No wonder so many Republicans are running for cover,” he concluded.