GOP lawmaker says humanity's existence might depend on 'rape' and 'incest' 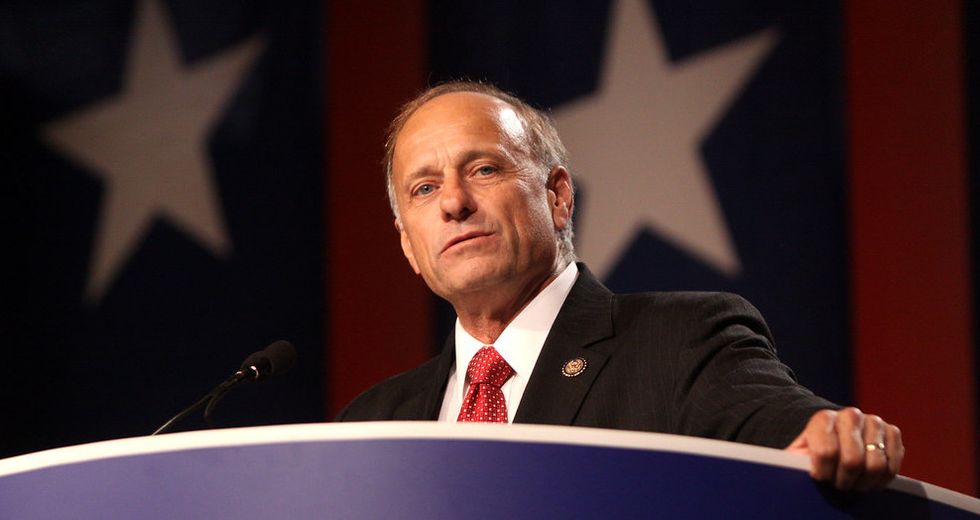 Republican Rep. Steve King of Iowa is known for his racist and bigoted comments, which even his own party allies have admitted recently have gone beyond the pale. And on Wednesday, the Des Moines Register reported new comments made to the Westside Conservative Club that are sure to place him under fire once again.

Discussing his opposition to abortion even in extreme cases, King suggested that humanity might not exist were it not for rape and incest.

"What if we went back through all the family trees and just pulled out anyone who was a product of rape or incest? Would there be any population of the world left if we did that?" the Iowa lawmaker told the club, according to the Register. "Considering all the wars and all the rapes and pillages that happened throughout all these different nations, I know that I can't say that I was not a part of a product of that."

The suggestion seemed to be that abortion must not be allowed in the case of rape or incest for the good of the human species. People who care about reproductive freedoms or women's rights — even a little bit — might respond by saying that, if humanity can't survive without coerced sexual reproduction, then it doesn't deserve to survive. Of course, there's no reason to believe that humans couldn't consistently procreate without the abuse of women and girls; that idea only seems to exist in Steve King's mind.

King's claims simply reinforce the misogynistic worldview that believes women should bear the cost of men's sexual oppression. It falls in line with other comments from bigoted and ignorant GOP officials, such as those of former Missouri Senate candidate Todd Akin who claimed that "legitimate rape" rarely leads to pregnancy.