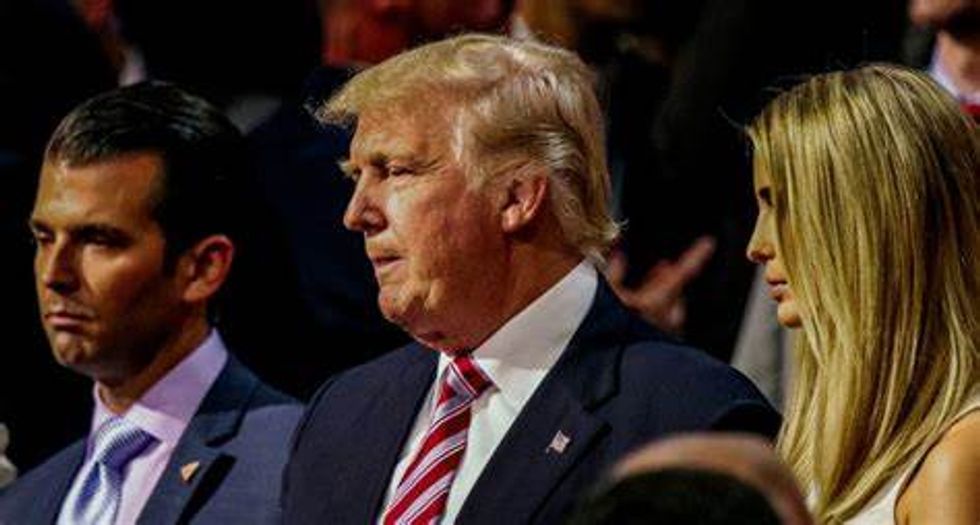 When Donald Trump won the United States’ 2016 presidential election, there were consequences not only for Trump, but for his children as well. The president’s son, Donald Trump, Jr. has been serving as executive vice president of the Trump Organization, but he is also a key figure in the president’s reelection campaign. And the president’s daughter, Ivanka Trump, became a White House adviser along with her husband Jared Kushner. But while Donald, Jr. and Ivanka have both become prominent figures in right-wing Republican politics, their approaches have been radically different. And when Don, Jr. and Ivanka are compared, one sees a clear “good cop/bad cop” contrast coming from the right.

The 37-year-old Ivanka has shied away from the type of incendiary, caustic remarks that her father makes on a regular basis. The 41-year-old Don, Jr., on the other hand, clearly takes after his father; he’s snarky, crude and in-your-face, often doing things that his sister wouldn’t dream of doing — for example, mocking Palo Alto University psychology professor after she alleged that Justice Brett Kavanaugh attempted to rape her back in 1982.

Google “asshole” and “Donald Trump, Jr.,” and a lot comes up. But to the president’s hardcore base, that isn’t necessarily a bad thing. Matt Mackowiak, president of the right-wing consulting firm Potomac Strategy Group, recently told Politico that Don, Jr., not unlike his father, loves “trolling” on “an active basis.” And Mackowiak, comparing Don, Jr. and President Trump, asserted that the son is “more current. He can use modern-day tactics, understands how to make a sharp argument, understands how to sort of cheekily criticize someone, sort of demonstrate a clever but cutting approach. In a way, it’s almost like he’s a next-generation model.”

Ivanka, on the other hand, has carefully avoided “trolling,” as Mackowiak puts it, and fancies herself as a more intellectual type of conservative. The president, who is notorious for his short attention span and aversion to reading, has even said that the amount of reading his daughter does makes him uncomfortable.

One need only check Don, Jr. and Ivanka’s Twitter threads to see how radically different their posts are. Ivanka tries to position herself as a thoughtful promoter of right-wing policy — sort of a Millennial Peggy Noonan. Don, Jr., in contrast, loves being every bit as nasty as his father, if not worse. The in-your-face tone of Don, Jr.’s Twitter feed is absent from Ivanka’s.

May God hold the victims, their families and the El Paso and Dayton communities tightly in his loving arms. https://t.co/LGvPKGZacc
— Ivanka Trump (@Ivanka Trump) 1564925717.0

Nonetheless, Ivanka has plenty of critics. And while Don, Jr. is the face of mean-spirited privilege, Ivanka often comes across as the face of clueless, out-of-touch privilege.

Chicago Mayor Lori Lightfoot recently slammed Ivanka for an August 6 tweet in which Ivanka compared violence during a Chicago weekend to the recent mass shootings in El Paso and Dayton. Although Ivanka tried to come across as sympathetic, Lightfoot stressed that if she wanted to help, she should at least get her facts and figures straight.

Whether or not President Trump is reelected in 2020, Don, Jr. and Ivanka will likely maintain their involvement in right-wing politics. Don, Jr. is well-liked by the ugliest parts of the Fox News/AM talk radio world, while Ivanka — who some on the far right view as a RINO or Republican in Name Only — will no doubt continue to portray herself as a kinder, gentler type of conservative (to borrow the words of the late President George H.W. Bush). But as Lightfoot pointed out, Ivanka’s attempts at playing “good cop” in the Trumpian world can fall embarrassingly flat.