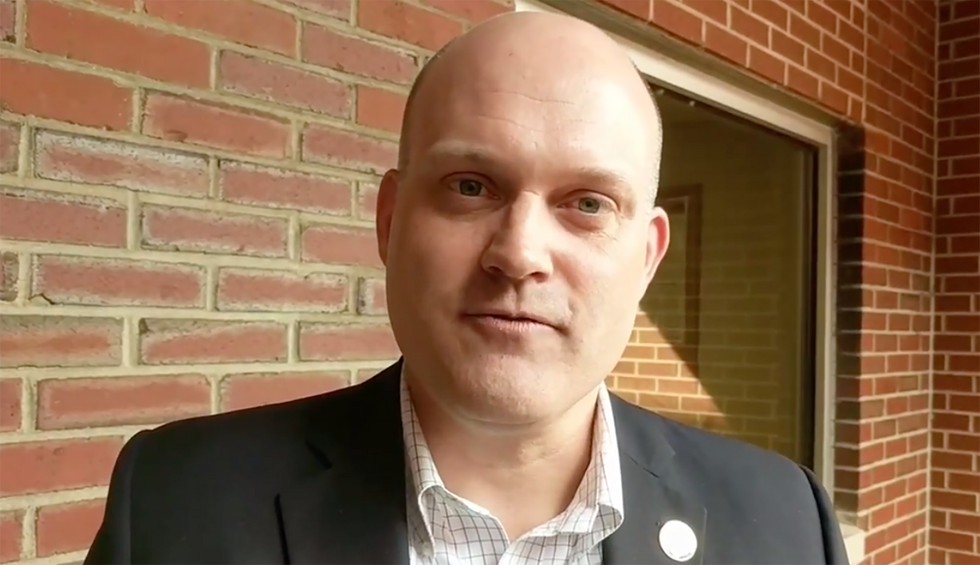 In May, New Hampshire became the 21st state in the U.S. to abolish the death penalty — and there are about ten others that still have capital punishment on the books but haven’t executed anyone in more than a decade. Ohio, however, had two executions in 2017 and one in July 2018, but Republican Gov. Mike DeWine has since suspended executions in that state while grappling with exactly how prisoners should be executed. And Republican Scott Wiggam, who serves in the Ohio House of Representatives, has an idea: he wants Ohio residents to be executed using illegal fentanyl that has been seized in police raids.

Earlier this week, the Columbus Dispatch is reporting, Wiggam sent out an e-mail seeking co-sponsors for a bill that would allow Ohio authorities to work with the U.S. Drug Enforcement Administration (DEA) to obtain fentanyl (a powerful opioid) that has been seized and use it to execute prisoners who have been sentenced to death.

With a right-wing GOP governor having suspended executions in his state — at least for the time being — Wiggam is fearful that Ohio could go the way of states that still have the death penalty on their books but haven’t used it in a long time. And Wiggam believes that his bill, if passed in the state legislature and signed into law by DeWine, could reinvigorate the death penalty in Ohio.

But Robert Dunham of the Death Penalty Information Center is critical of Wiggam’s idea. The Columbus Dispatch quoted Dunham as saying, “There is just something fundamentally wrong in using illegal drugs to carry out a legal sentence. These are illegal drugs, controlled substances, materials used in other crimes.”

The U.S. has had a variety of execution methods over the years, from hanging to the gas chamber to the electric chair to firing squads (certain European methods of the past such as burning at the stake, the garrote and the guillotine didn’t really catch on the U.S.). But in recent years, lethal injections have been the dominant execution method in states that continued to have executions.

Gary Daniels, chief lobbyist for the American Civil Liberties Union of Ohio, not only opposes Wiggam’s bill — he would like to see Buckeye State abolish the death penalty altogether.

“We think it is time for Ohio to end the death penalty,” Daniels told the Columbus Dispatch. “It’s frustrating that Ohio continues to twist itself into knots finding ways to execute people when Ohio has done such a bad job of it in recent history.”