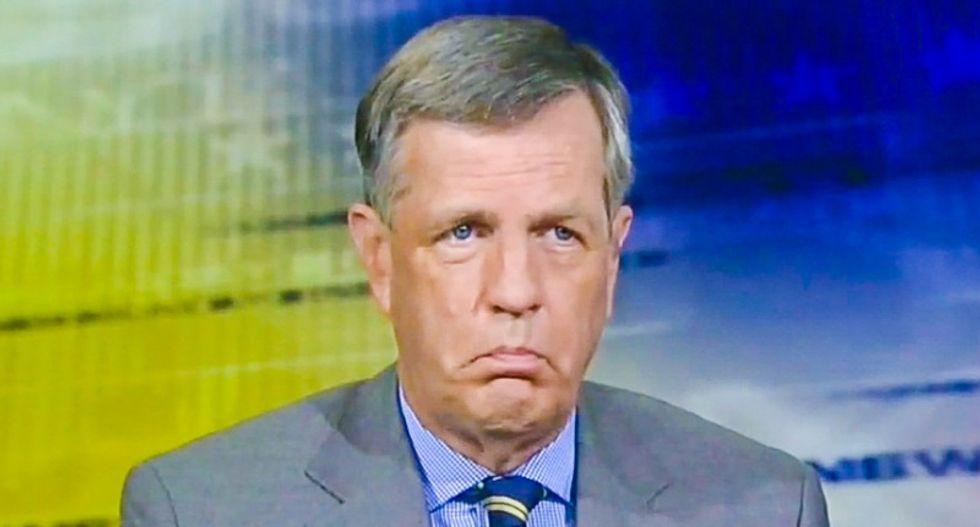 Several Fox News personalities publicly rebuked President Donald Trump after he escalated his attacks on the right-leaning network over its occasional criticisms of his administration.

"We don't work for you," Fox News contributor Guy Benson tweeted, adding: "My job isn't to reinforce exactly what partisans want to hear."

Carl Cameron, the former chief political correspondent for Fox News, argued that Trump was attacking the network, because he is a "cry-baby president who likes to bully instead of finding solutions."

The responses from Fox News staffers came after Trump lashed out at Fox News anchor Sandra Smith for bringing on the Democratic National Committee's communications director Xochitl Hinojosa on the network to discuss next month's third Democratic primary debate.

"Just watched @FoxNews heavily promoting the Democrats through their DNC Communications Director, spewing out whatever she wanted with zero pushback by anchor, @SandraSmithFox," Trump tweeted Wednesday. "Terrible considering that Fox couldn't even land a debate, the Dems give them NOTHING! @CNN & @MSNBC are all in for the Open Border Socialists (or beyond)."

In addition to blasting the "America Newsroom" co-anchor, Trump assailed several other Fox News stars for refusing to promote his agenda on air.

"Fox hires 'give Hillary the questions' @donnabrazile, Juan Williams and low ratings Shep Smith. HOPELESS & CLUELESS! They should go all the way LEFT and I will still find a way to Win - That's what I do, Win," he wrote. "Too Bad!"

The president wrapped up his social media outburst by complaining that Fox News was "letting millions of GREAT people down" and that he needs to "start looking for a new News Outlet," since Fox News "isn't working for us anymore!"

It was far from the first time Trump has attacked Fox News. In recent months, the president has been steadily revving up his criticism of the conservative-leaning channel, arguing that its coverage is sufficiently sympathetic to him, his administration and his political interests.

Earlier this month, Trump said Fox News "has changed" — and he's "not happy with it" — after the network released a poll that showed him trailing four of his Democratic rivals in the 2020 presidential race. In response, the network's "Special Report" host Bret Baier said on-air, "Fox has not changed. We have a news side and an opinion side. Opinion folks express their opinions. We do polls."

He also attacked Fox News in April and May, after the network held town halls with Democratic presidential candidates Bernie Sanders and Pete Buttigieg, respectively.

"What's going on with Fox, by the way? What’s going on there?" the president said at a rally in May. "They’re putting more Democrats on than you have Republicans. Something strange is going on at Fox, folks. Something very strange."

the wake of the president's latest online tantrum, the Washington Post's Aaron Blake, a senior political reporter, hypothesized that Trump appears to be "applying increasing pressure on the network and apparently hoping it yields even more favorable coverage."

Blake noted that Trump's strategy "makes sense." He explained, "Publicly urging supporters to move to another channel, such as the ridiculously pro-Trump One America News Network, could have a significant effect on Fox's bottom line."

However, he added, "This is a symbiotic relationship — it's not a one way street."

"Given the fine margins Trump is dealing with in his reelection campaign, Fox News could help sink him. Fox can lose some viewers and win the ratings wars; Trump basically cannot lose any supporters and win reelection," Blake wrote. "You could even make an argument that Trump needs Fox more than Fox needs Trump."

Inside Fox News, some of the network's staff believe the president's repeated attacks are "extremely helpful, as it allows them to rebut widespread criticism that the network often acts as 'state media', especially in light of the constantly revolving door between Fox and the White House," The Daily Beast reported.