Fox News host pushes back after Trump launches attack on network: ‘Fox has not changed’ 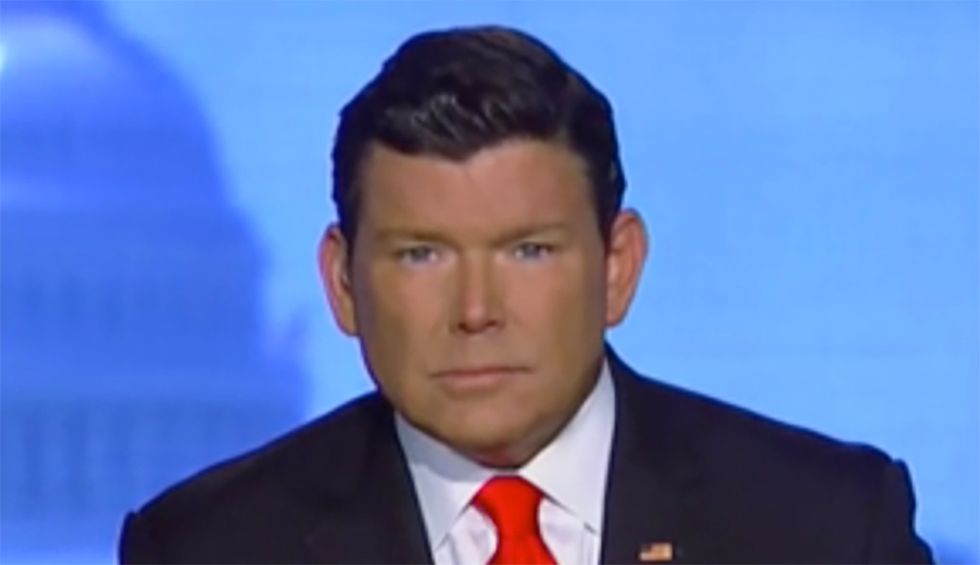 As much adoration as President Donald Trump has received from far-right Fox News carnival barkers like Laura Ingraham, Sean Hannity and Tucker Carlson, others at Fox News or Fox Business have been more nuanced and shown a willingness to criticize the president at times — including Shep Smith, Chris Wallace, Lisa Kennedy Montgomery and Judge Andrew Napolitano. For Trump, receiving mostly favorable coverage from Fox is not enough: he expects entirely favorable coverage. But Fox News’ Bret Baier, this week, pushed back against Trump’s criticisms of the right-wing cable news outlet.

Trump is upset because of a recent Fox News poll showing that in some hypothetical Trump/Democratic matchups for the 2020 election, he would lose — and the Democratic primary candidates that would defeat Trump if the election were held now, according to the poll, include former Vice President Joe Biden, Sen. Bernie Sanders, Sen. Kamala Harris and Sen. Elizabeth Warren. Fox News, Trump complained over the weekend, is “different” now.

Fox News, Baier stressed, has its hard news programming and its opinion programming — and the poll that Trump took offence to came from the news division.

“Fox has not changed,” Baier declared. “We have a news side and an opinion side. Opinion folks express their opinions. We do polls.”

Baier went on to say, “Our latest poll had the Democratic candidates head to head, several of them ahead of President Trump. And this poll tracks exactly what the Real Clear Politics average of polls — even a little the other way — and this poll matches what we are seeing out there.”