Former RNC head rips into Trump-loving evangelicals: I’m so ‘fed up with the hypocrisy from these guys’ 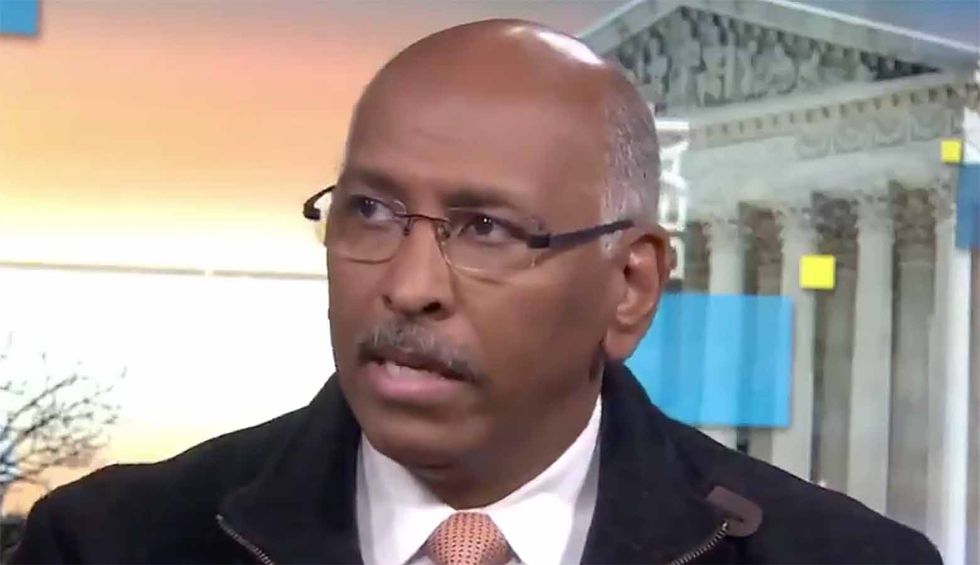 As part of a ‘Morning Joe” discussion about how many Christian evangelicals have set aside their professed beliefs in order to embrace Donald Trump despite his adultery and hateful rhetoric, former Republican National Committee head Michael Steele blew up on what were described as “hypocrites’ during the segment.

With conservative Ben Howe on the MSNBC show promoting his book “The Immoral Majority: Why Evangelicals Chose Political Power over Christian Values,” Steele brought up a Politico article that noted that a few Christians are parting ways with Trump because of his use of profanity.

“I love this book,” Steele gushed to Howe. “Thank you so much — it’s so long overdue. I have just been fed up with the hypocrisy from these guys.”

“I’m sitting here and in this Politico article looking at a quote from the Liberty University President Jerry Falwell Jr. who says, quote, ‘We all wish he would be a little bit more careful with his language, but it’s nothing that is a deal-breaker and it’s not something we’ll get morally indignant about.'”

“As the president stands at these rallies and uses the Lord’s name in vain as we are reminded we shouldn’t do by a lot of these individuals, what’s your take — is it really the political and power pulse here or something more morally corrupt that’s going on inside the evangelical community at this point?” he asked.

“I think it’s both,” the conservative Howe replied. “I mean, the moral corruption is something that frankly took me a while to recognize. I have been an evangelical all my life. my dad was a pastor. He was a Southern Baptist pastor and he worked with Jerry Falwell Jr.’s father at Liberty University.”

‘We give passes to the people that we think are doing what we want and we don’t hold them accountable,” he continued. “Trump in a lot of ways exemplifies the exact type of caricature when you think of these evangelicals. You know, the white guy with the shiny teeth telling them the Promised Land is coming.”