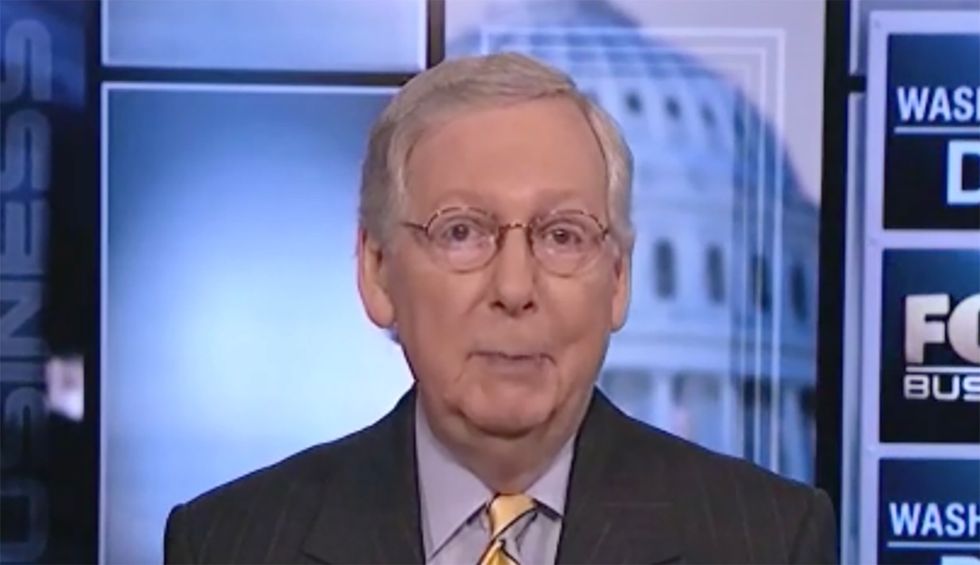 In a furious tweetstorm, a former adviser to the Ohio Republican Party expressed disgust at how far the GOP has fallen under Donald Trump and said the GOP may never recover.

According to Robert E. Kelly (who former Singapore Ambassador Kirk Wagner called” … one of the best voices on Asia in the world, used to work for the Ohio GOP and is not some left wing nut”) the GOP is willing to look the other way as long as the president keeps signing off on their tax cuts for the rich.

To get there though, Kelly, who now serves as a Professor of Political Science at Pusan National University, took a detour through Republican intransigence on gun control, the GOP’s history of racism, evangelical support for a “mean-spirited and adulterous” Trump, and callow GOP leaders like former Reps. Paul Ryan (R-WI) and John Boehner (R-OH) who stood by the “inept” president.

As Kelly explained over 16 tweets, “The last few weeks of the Trump Show have been more awful than usual but also inadvertently revelatory @ Trump’s coalition.If you’ve paid attention, you’ve suspected this stuff for a long time,but bc T says the quiet parts out loud,a lot of GOP masks have definitively dropped,”

With that he enumerated the many sins of the GOP during the Trump era leading him to conclude: “Aligning with Trump is a faustian bargain, and the bill will come due.”

easy gun access, was so transparent, that no one serious will ever buy that stuff again. That doesn't mean gun cont… https://t.co/rWO8iaQyXJ
— Robert E Kelly (@Robert E Kelly)1565242638.0

government. But Trump has ripped the mask off, just as he did with his blatantly fatuous speech on the shootings. J… https://t.co/yXwYfndlZD
— Robert E Kelly (@Robert E Kelly)1565242639.0

convincingly, has inadvertently revealed a lot about the GOP coalition and destroyed a lot of its most useful prete… https://t.co/JfSxgsMocd
— Robert E Kelly (@Robert E Kelly)1565242644.0

come to regret after Trump is gone and no one knows what it stands for besides racism and upper income tax cuts. Al… https://t.co/no816rYyGp
— Robert E Kelly (@Robert E Kelly)1565242644.0