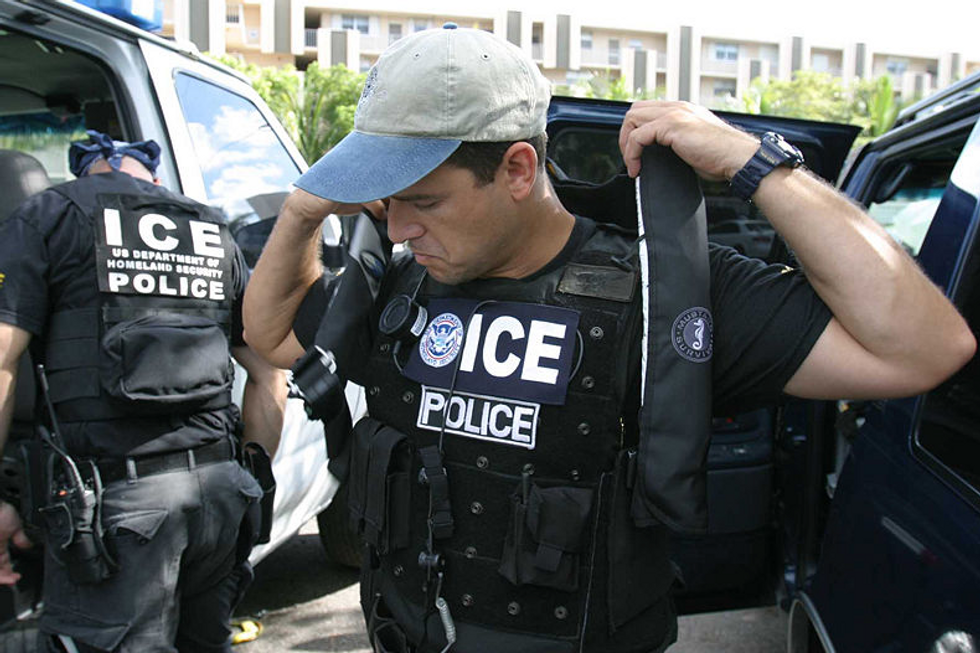 On Wednesday, U.S. Immigration and Customs Enforcement conducted a series of workplace immigration raids at poultry processing plants in Mississippi, where roughly 680 arrests were made. Those who could not prove they were working in the United States legally were taken away in handcuffs.

University of Alabama law professor and MSNBC legal analyst Joyce White Vance, in an op-ed for Washington Post, explains that she had an opportunity to pursue similar raids when she was a federal prosecutor during Barack Obam's presidency — and she decided against it.

Vance opens her piece by explaining that federal prosecutors in the United States have a “broad discretion” when it comes to deciding which cases they will or won’t pursue. And when she was a U.S. attorney for the Northern District of Alabama under President Barack Obama, Vance writes, she “was approached about conducting an ICE raid, very similar to those executed in Mississippi, on poultry plants in northeast Alabama.”

Vance recalls: “My first question was whether agents were building a case against the employers. There had been media reports of advertising in Central American countries that directed residents interested in finding jobs in the United States to cities like Albertville, Alabama. I was told we did not have a case on the employers in the works — that it was unlikely we could make one because of difficulty in proving intent. So what exactly were we doing, I asked?”

The law professor adds, “I asked if we expected high numbers of people who had a history of crime or violence and had reentered the country after being deported in violation of federal law — ‘aggravated’ offenders. Because of the large number of workers at such plants and the difficulty in knowing who they all are before they are detained, it was unclear.”

She chose not to pursue the matter. As a U.S. attorney, Vance had that option.

Vance explains, “That raid never took place in my district. We had serious cases involving public corruption, violent crime, drug trafficking and civil rights in progress. I did not see how it would be a wise use of our resources to pull away from crimes that were affecting our community in visible ways to arrest people who, while they might have lacked legal immigration status, were going to work every day. We do not prosecute everyone who violates our drug laws, our theft laws, or even our public corruption laws. It did not make sense to redirect our resources in this way.”

Vance concludes her op-ed by asserting that Wednesday’s ICE raids in Mississippi were “painful” to watch because of children being separated from their parents. And she views the raids as a waste of law enforcement resources.

“On Wednesday,” Vance writes, “600 federal agents spent their day arresting people at their place of work — and now, more agency resources will be expended as well as those of courts and prosecutors. The question is: at what cost to prosecutions that might have better served the community than removing parents from children — children that the parents were hard at work for, so they could help them grow into productive citizens.”