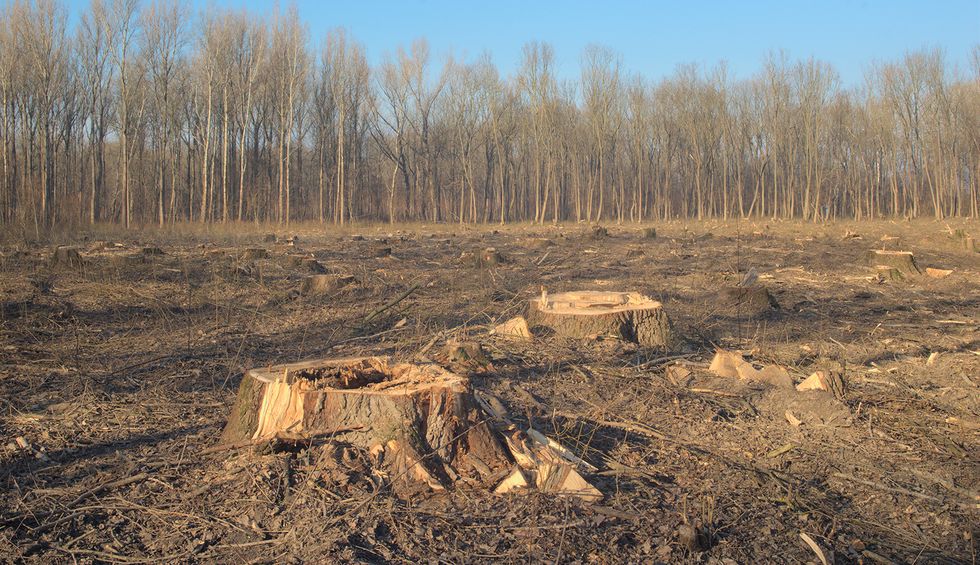 The evil genius of the people Donald Trump brought into our government so America could become a polluter’s paradise is really something to behold.

The latest Team Trump move would turn our national forests into polluter playgrounds. Companies that want to mow down old-growth trees so they can get at pockets of oil, coal or uranium are about to get pretty much everything they’ve always dreamed about. And roadless areas are marked for new roads extending miles into wilderness areas.

The way it’s being done is, in a perverse sort of way, admirably clever.

They call their plan to re-interpret how the 1970 National Environmental Policy Act applies to our national forests “streamlining” to make government more efficient. Their abuse of language is working, too. Many of the more than 29,000 people and organizations that have filed comments on the proposal embrace the Trumpian language.

Few of the comments I reviewed pushed back on “streamlining.” The proposal is better described as “steamrolling” the National Environmental Policy Act, the first federal law to require consideration of Earth and its bounty in governmental decisions.

Forestry, farming and other groups that favor the new policy refer to it as a plan to “modernize how” government complies with the law.

Powerful is the advantage of setting the agenda and with it the language of debate.

You, fellow citizens and owners of our government, now have until Aug. 26 to tell our hired help in the White House and the Forest Service what you think or forever suffer the consequences of idly standing by. Stand up for America’s natural resources.

The Trump administration, by its own estimate, wants to exempt 93% of forest service decisions from public review.

Currently, about 60% or perhaps 70% of these decisions are left to the discretion of agency professionals and managers without public comment for review. That’s entirely reasonable. A well-functioning government agency can’t be running off to get public input every time its managers want to put up a new sign for a parking lot, replace the toilets at a trailhead or change the color and fabric of ranger uniforms.

The issue is where to draw the line. Let’s look at the clear-cutting of forests, which has a devastating effect on birds, mammals and other wildlife, can cause severe soil erosion that may wipe out salmon runs and even bury houses in mudslides.

Using agency discretion should the Forest Service be allowed to let loggers clear cut a small hillside before pests ruin the wood? What about 500 acres? How about 7,300 acres?

What the Trumpers want is freedom to clear up to 7,300 acres of our forest lands under rules that could hide the action from the public until the deed is done or at least well underway. That is 11.4 square miles or half the size of Manhattan.

That’s just one example of the mischief that would be allowed under the proposed new rules.

There would still have to be notices published in the Forest Service’s quarterly Schedule of Proposed Action or SOPA reports.  Under the proposed rules, however, officials could authorize logging the day after SOPA comes out, giving loggers three months to cut before anyone not in the forest or noticing an increase in logging trucks would be clued in.

SOPA reports have long been designed to help hide Forest Service plans, a subtle but valuable benefit of the timber industry. Team Trump wants to tilt the existing rules almost entirely to the benefit of its industrial allies.

Go to the SOPA web page and notice that it is not a single report you could breeze through, perhaps using a Control F search for a keyword.

Instead you must click one-by-one on each of 176 forests, grasslands, prairies or recreational areas. Then you must navigate your way through 10 quarterly SOPA reports since Trump took office, each of which may go on for page after page in dense bureaucratese.

Just look at the SOPAs for the Tongass National Forest in Alaska, which lists numerous actions like those here.

Rube Goldberg may be dead, but his progeny seem to have found plenty of related work helping make ridiculously complex what should be simple interactions between us and our government.

What happens to forests and the like matters because they provide us with a rich bounty of life and wealth. Natural forests have many kinds of trees and other plants providing food and shelter to a robust array of animals. Clear cut lands are deserts with little life. When Farmer McGregor levels a woodlot to grow carrots he’s not helping Peter Rabbit, he’s killing whole families of rabbits by destroying their natural food sources.

What of wetlands? They are nature’s filters, storm barriers and nurseries and crucial to some forests. Fill marshes and swamps in and the populations of birds, fish and amphibians decline. When there are not enough wetlands to harbor young life that grows up to move on to rivers, lakes and the ocean there are other consequences. Sharks, for example, finding too few fish to sustain their numbers start looking at beachgoers as their next dinner.

Logging and mining will likely increase, but “without the benefit of scientific input.”

Team Trump justifies reducing disclosures and radically reducing when the American people can comment to increase efficiency. Since it’s our government – we own it – this is really a ploy to make government a power unto itself, part of the overall Trump desire to replace a government that derives its powers from the consent of the people to a power onto itself.

He has mused at least six times in public about being “president for life” and he often refers to how he wants to rule over what Trump calls “my people.”