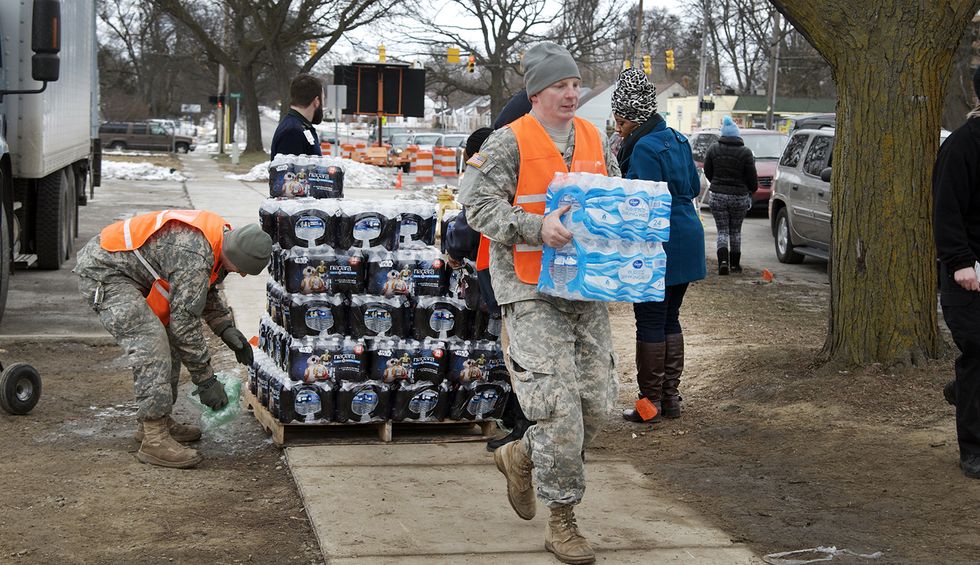 In April, Flint, Michigan, officials warned that proposed budget cuts to infrastructure improvements on the city’s wastewater management were a bad idea. “We’re going to get to a point where we can’t treat our wastewater and sewage anymore,” Director of Public Works Rob Bincsik told MLive. City officials have been stuck between a rock and a hard place as there is only so much money allowed in their budget for everything that needs fixing in Flint. Officials were looking into a $34 million loan that would allow them to fund the needed fixes.

On Tuesday, the Department of Environment, Great Lakes and Energy filed a report that said a “flash flood event,” had led to untreated wastewater to overflow and find its way into storm drains that lead into the Flint River. On Thursday, MLive reports that the size of this runover of untreated wastewater was 2 million gallons.

The city had already announced that the overflow had taken place. On Sunday, officials warned citizens to stay out of contact with the river. Flint had already voted to have new infrastructure designs created for their wastewater management. The city treats around 50 million gallons of wastewater every day. A similar thing happened in February of 2018, when flash flooding led to overflows and pollutants reaching the river. That event was not nearly as large as Sunday’s.

Flint officials finally received the second half of $140 million in federal loan money to deal with their lead drinking water problem, five years after the water-crisis, in April. Many state officials tried to spin that money, allocated in 2017 by the federal government, as somehow being from the state. It wasn’t. Dealing with waste water is just another important infrastructure issue that our country, from the federal level, needs to prioritize.