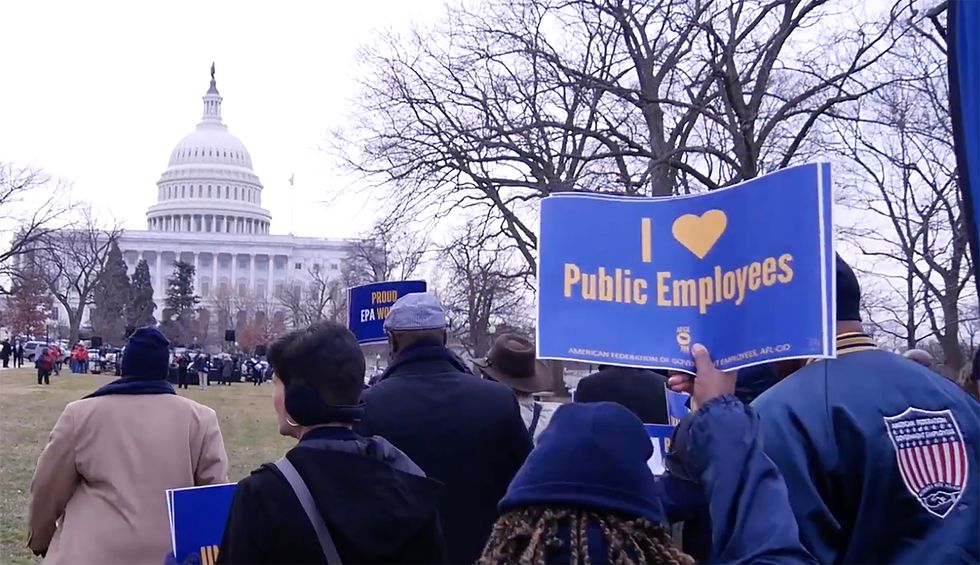 In November 2018, the Office of the Special Counsel (OSC) issued a memo warning federal workers to refrain from calling for a politician’s impeachment or openly lobbying for a particular candidate. And the American Federation of Government Employees (AFGE), this week, announced that it is filing a lawsuit asking the federal government to end its rules restricting employees from criticizing political candidates.

AFGE is the largest union of federal workers in the U.S. and has around 700,000 members. In the lawsuit, the union is challenging the restriction as a free speech violation.

The OSC memo issued last year specifically mentioned the Hatch Act of 1939, a federal law that forbids employees of the executive branch of the federal government — apart from the president or vice president — from engaging in some forms of political activity.

In the memo, the OSC advised, “There are no ‘magic words’ of express advocacy necessary in order for statements to be considered political activity under the Hatch Act. Therefore, when a federal employee is prohibited by the Hatch Act from engaging in political activity — e.g., when on duty, in the federal workplace, or invoking official authority — the employee must be careful to avoid making statements directed toward the success or failure of, among others, a candidate for partisan political office.”