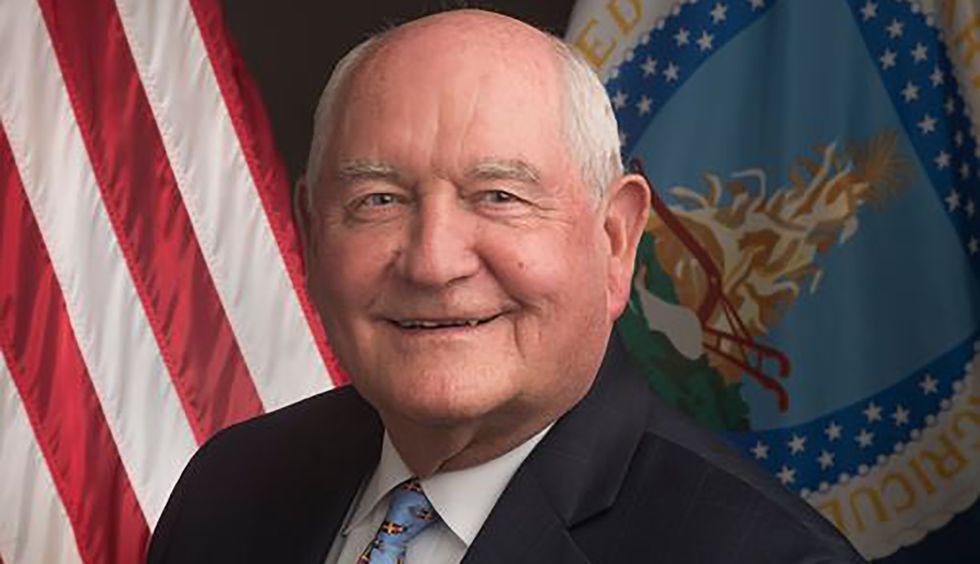 Farmers facing record bankruptcies and collapsing incomes due to President Donald Trump's escalating trade war with China were not amused by U.S. Agriculture Secretary Sonny Perdue's joke about their economic pain during an event in Minnesota last week.

"I had a farmer tell me this in Pennsylvania," Perdue told an audience of thousands of farmers gathered in a barn near Morgan, Minnesota. "What do you call two farmers in a basement? A whine cellar."

Some laughed at the agriculture secretary's joke, but other farmers booed and denounced Perdue's wisecrack as callous and tone-deaf mockery of the real hardship caused by the Trump administration's trade policies.

"It was definitely not an appropriate thing to say," Gary Wertish, president of the Minnesota Farmers Union, toldHuffPost on Monday. "It was very insensitive. It took everyone by surprise. He doesn't understand what farmers are dealing with, and he's the head of the Department of Agriculture. He's supposed to be working for farmers."

Farm income is way down, bankruptcies are way up, and farmers are relying on government payments to make ends meet.… https://t.co/H7g7KJomZQ
— Chris Lu (@Chris Lu) 1565657755

Perdue's characterization of struggling farmers as "whiners" came after the Trump administration announced it will impose a 10 percent tariff on $300 billion of Chinese goods starting Sept. 1, a significant escalation in the ongoing trade war between the two global powers.

China quickly retaliated by canceling all purchases of U.S. agricultural products, a move American Farm Bureau Federation president Zippy Duvall called "a body blow to thousands of farmers and ranchers who are already struggling to get by."

With farmers suffering from his trade policies, Trump has attempted to tamp down backlash with targeted aid packages—but, according to the Environmental Working Group (EWG), most of the assistance has gone to wealthy farmers.

Meanwhile, as HuffPostreported on Monday, "Net farm income in America has plunged by nearly half over the last five years from $123.4 billion in 2013 to $63 billion last year. It plummeted by 16 percent last year alone."

Roger Johnson, president of the National Farmers Union, said last week that Trump's "strategy of constant escalation and antagonism" toward China has "made things worse."

"It's really, really getting bad out here," added Bob Kuylen, a North Dakota farmer, in an interview with CNBC. "Trump is ruining our markets."