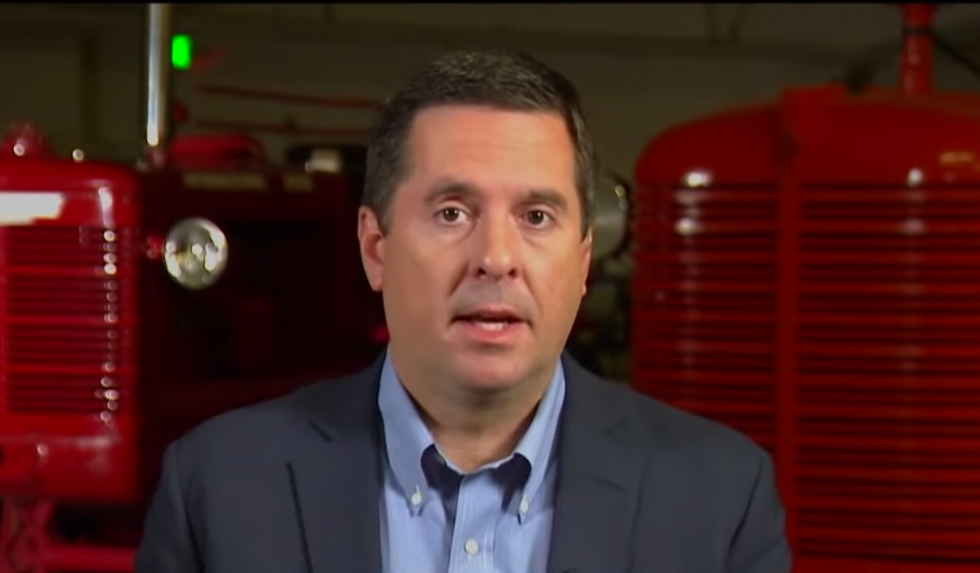 Democratic critics of Rep. Devin Nunes (R-CA) — the controversial congressman who acted as President Donald Trump's stooge when he led the House Intelligence Committee — have long accused him of being a "fake farmer," and some even pushed an effort to strip his claim to the profession from the 2018 ballot.

Now, local paper the Fresno Bee, which once endorsed Nunes, has published an article scrutinizing his latest effort to defend claiming the title of "farmer."

It's a pretty a hilarious read.

That suggests he either bought a small part in a farm recently or he improperly filed previous financial disclosures, according to Delaney Marsco, legal counsel on ethics for the nonpartisan watchdog group Campaign Legal Center.

“Either he had a tiny stake in this farm all along and he’s been improperly filing financial disclosures, or he bought a tiny, tiny farm this year in order to protect his reputation as a farmer in his district,” Marsco said.

The U.S. Department of Agriculture defines a farm as “any place from which $1,000 or more of agricultural products were produced and sold, or normally would have been sold, during the year.” Nunes does not list what type of product is produced on his farm.

“That’s either the tiniest farm we’ve seen or it’s poor acreage,” said Mike Lynch, a veteran Democratic political strategist long based in the San Joaquin Valley, who wondered if the amount listed might be a typo. “I’ve never heard of farmland that cheap.”

Read the whole report at the Fresno Bee.