Exclusive: Trump's 2020 strategy is going to get more innocents killed--and it won't necessarily be a result of the racism 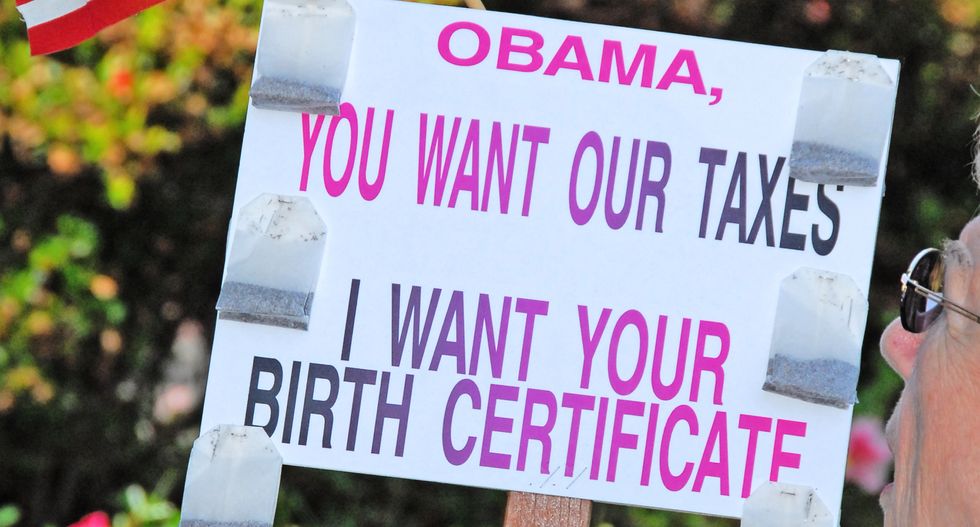 Studies have found that Trump's bigoted rhetoric signals to white people that it's acceptable to express offensive sentiments toward a variety of out-groups out loud and makes conservatives--both men and women--more comfortable making sexist statements. Hate crimes increase by 226 percent in counties where he holds his rallies, according to a recent study. He's flirted with, minimized the threat of, and at times validated white supremacy, and it's obviously a serious understatement to say that he's demonized immigrants from the very beginning of his presidential campaign.

So it is both understandable and welcome that the mainstream press is now connecting his demagoguery to mass shootings perpetrated by angry young men--who typically harbor deep loathing of women, religious minorities and people of color--radicalized at sites like 8chan, the fever swamps of the internet. The connection is obvious--some of Trump's tweets just this morning were almost indistinguishable from the language used in the El Paso shooter's manifesto. Robert Bowers, who murdered 11 people at the Tree of Life synagogue in Pittsburgh was outraged over a Jewish organization's assistance for the "migrant caravan" just as Trump had made it central to the 2018 midterms, and MAGABomber Cesar Sayoc was deeply steeped in Trump's conspiracy theories when he attempted to blow up the president's* enemies.

On Sunday, the FBI warned that "U.S.-based domestic violent extremists could become inspired by [the El Paso, Dayton] and previous high-profile attacks to engage in similar acts of violence.” It's a safe bet more blood will be shed as Trump and his accomplices in the conservative media ratchet up the cheap chauvinism on which his re-election campaign is going to be entirely based.

But it may be Trump's embrace of conspiracism, which is as ubiquitous as his bigotry, that inspires the kind of acts of terror that we've seen in El Paso and Gilroy and Pittsburgh and Christchurch.

Conspiracism and bigotry, or sectarianism, are often inextricably intertwined. Think Birtherism, or the centuries-old tropes about Jewish cabals secretly controlling the world. But the conspiratorial mindset is uniquely dangerous because it discredits normal avenues of political participation. There's nothing to be gained in engaging in ordinary politics, according to the conspiratorial worldview, because ordinary politics are just a façade--a Potemkin Village designed to hide the shadowy forces that actually control the world, forces that are immune to political pressure and electoral accountability.

Research shows that in functional democracies, it is exceptionally rare for people outside the fever swamps to commit acts of political violence. In 2017, Nathan Kalmoe, a professor of political communication at the University of Louisiana who studies political violence, told me that there’s “an important distinction to make between people who have more conventional views, versus people who have much more extreme views.” Whether on the left or the right, he said, those who are at least somewhat close to the mainstream “have a greater commitment to nonviolent approaches to politics and are socialized into nonviolent norms of how participation is supposed to work.”

Donald Trump is an outlier among conspiracy theorists. With some exceptions, people who are dispossessed and disengaged from society tend to be attracted to conspiracism to help explain their lack of social status.  Despite his massive, unearned privilege, Trump, who earned $200,000 per year as a three-year-old and became a millionaire at age eight, embraces the view (or at least expresses it for political ends) that all manner of dark forces are arrayed against him and all is not what it seems on the surface.

Whether it's his leading role in spreading the nonsense that Barack Obama was a Kenyan interloper whose entire life story was fake or his Deep State bullshit, Trump is a perfect validator for those who hold a conspiratorial mindset. After all, who could better understand the perfidy of elite globalists than a billionaire who travels the world in his private jet cutting deals with powerful and wealthy foreigners?

Trump has made it as clear as day that protecting America from invading hordes of Ausländer intent on raping and killing our children will once again be his central pitch to (white) voters. And as we near the election, he will once again posit that Democrats are using "illegals" and dead people and rigging the votes in communities of color to steal an election as part of their plot to "replace" white Christian families and change the complexion of the country. It will be part and parcel of the fringe-right's dangerous "white genocide" narrative. Fox News and the rest of the conservative media will amplify and reinforce those conspiracy theories and some more unstable people will likely be inspired to take matters into their own hands and even the playing field with an automatic rifle.

More blood is likely to be shed, especially if Trump loses, but it won't only be because he stoked a ton of racial animus.