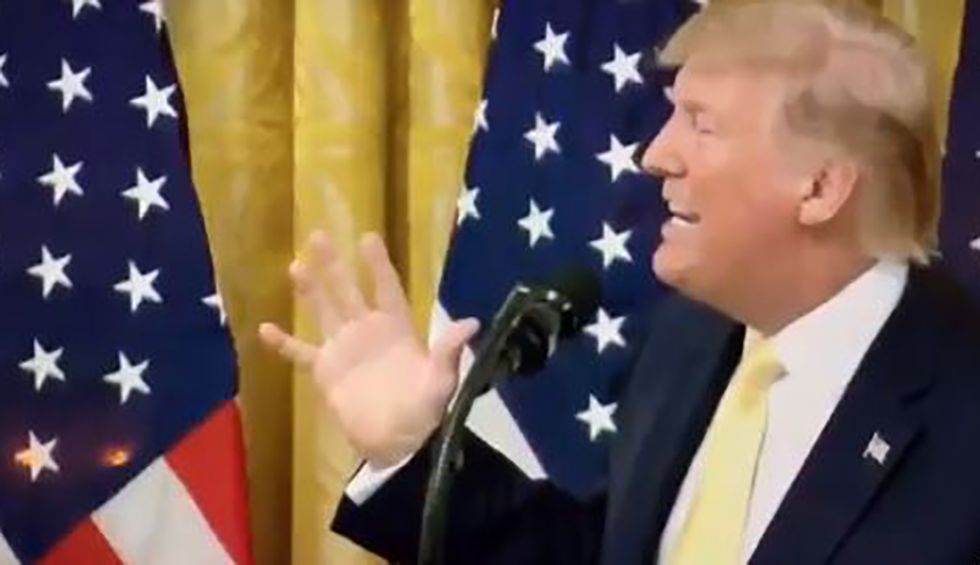 In a harsh op-ed for the New York Times, the former assistant FBI director for counterintelligence accused Donald Trump of making the lives of FBI agents increasingly difficult by emboldening domestic terrorists with his inflammatory racist rhetoric.

According to Frank Figliuzzi, the president’s constant attacks on Democratic lawmakers of color — now including Rep. Elijah Cummings (D-MD) — is opening the door for one of his rabid fans to pose an actual physical threat.

Beginning, “If I learned anything from 25 years in the F.B.I., including a stint as head of counterintelligence, it was to trust my gut when I see a threat unfolding. Those of us who were part of the post-Sept. 11 intelligence community had a duty to sound the alarm about an impending threat,” the ex-FBI man added, “Instinct and experience tell me we’re headed for trouble in the form of white hate violence stoked by a racially divisive president.”

Figliuzzi connected the dots between a startling jump in arrests ( “Since October, the F.B.I. has made 90 arrests in domestic terrorism cases”) and the fact that “the F.B.I. says that of its 850 pending domestic terror investigations, about 40 percent involve racially motivated extremism.”

Pointing to what appeared to be a white extremist mass shooting in Gilroy, California last week that left four dead, Figliuzzi wrote, “That same weekend, President Trump lashed out via Twitter at a black congressman, Representative Elijah Cummings, a Maryland Democrat. As he has before, the president expressed his wrath with a message aimed at dividing us along racial lines.”

“Reporting indicates that Mr. Trump’s rants emboldened white hate groups and reinforced racist blogs, news sites and social media platforms,” he explained. “In response to his tweets, one of the four lawmakers, Representative Ilhan Omar of Minnesota, said: ‘This is the agenda of white nationalists, whether it is happening in chat rooms or it’s happening on national TV. And now it’s reached the White House garden.’ She’s right.”

Saying he is not accusing Trump of inciting the Gilroy shooter, he nonetheless added, “But he empowers hateful and potentially violent individuals with his divisive rhetoric and his unwillingness to unequivocally denounce white supremacy. Mr. Trump may be understandably worried about the course of congressional inquiries, but his aggressive and race-baiting responses have been beyond the pale.”

He then closed with a warning.

“It doesn’t really matter whether Mr. Trump is truly a racist or merely playing one on television to appeal to his base. Either way, his path can lead to bloodshed. When that happens, we will hear White House officials and the Republican leadership claim their hands are clean because malicious people can’t be stopped from acting out,” he cautioned.

“Don’t believe a word of it. Terrorists aren’t born that way: They are inspired, cultivated and directed. Our experience with online radicalization has shown there is a clear path to violence. I fear we are on it,” he concluded.