Trump’s trade war ‘is doing a lot of economy damage’ — and manufacturing industries are ‘on the precipice’ of a recession: chief economist 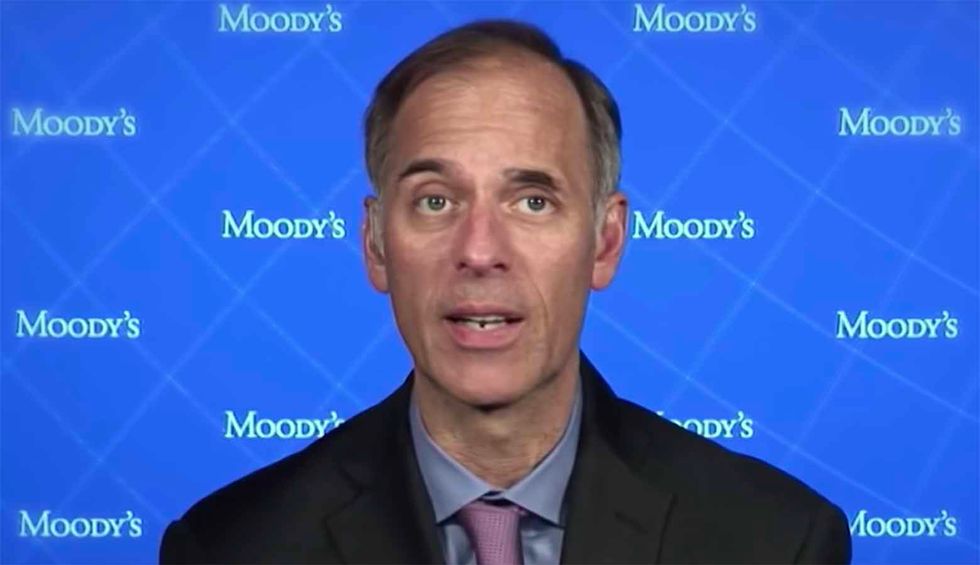 Campaigning for reelection in 2020, President Donald Trump has been insisting that the U.S. has the strongest economy in its history and that his policies are responsible. But the economy is showing signs of slowing down, as evidenced by the fact that the Federal Reserve recently lowered interest rates for the first time since the Great Recession. And during a Tuesday morning appearance on CNN, economist Mark M. Zandi warned that a recession could be on its way — and that Trump’s trade war could help bring it about sooner rather than later.

Zandi, who serves as chief economist for Moody’s Analytics, told CNN, “I think if you look forward, the economy’s growth is going to be much slower. The trade war is doing a lot of economy damage — particularly in manufacturing. The manufacturing industries are now pretty close to recession, right on the precipice. And it goes right back to that trade war. So yeah, manufacturing has done pretty well up until now, but looking forward, the prospects aren’t nearly as good.”

Another problem for the U.S. economy, Zandi warned, is its federal deficit — which has increased under Trump’s presidency.

“I think we should expect lots of red ink going forward,” Zandi told CNN. “I mean, a trillion dollars is going to be the best we’re going to do for many, many years. You know, it’s one of these things that’s corrosive on the economy. It doesn’t mean a lot in a given day, week, month, even year. But as you look out, it’s going to be a problem for economic growth.”

Bank of America has warned there is a “one in three” chance of a recession before Election Day 2020, but Zandi described BoA’s forecast as being overly “optimistic.”

“If the president follows through and slaps more tariffs on Chinese goods,” Zandi told CNN, “I think the odds of recession are probably greater than even.”