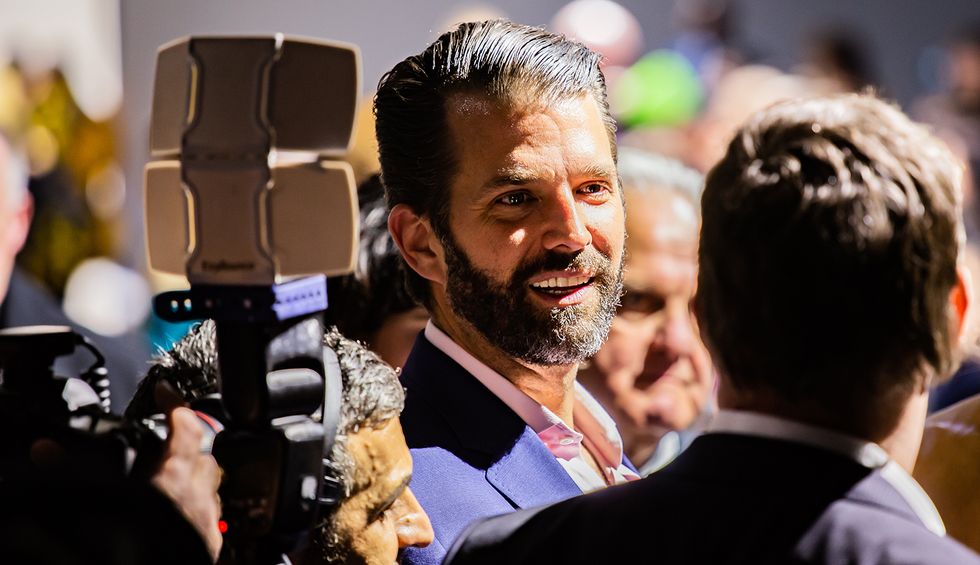 Rep. Joaquin Castro (D-TX), whose brother Julián Castro is running for the Democratic nomination, revealed the names of Republicans who had donated the maximum amount to Trump’s re-election campaign this year, and Fox News hosted the president’s son to complain.

“I’ve seen what these things do,” Donald Trump Jr. said, “with the Joaquin Castro craziness, putting out a list.”

Sad to see so many San Antonians as 2019 maximum donors to Donald Trump — the owner of ⁦@BillMillerBarBQ⁩, owner of… https://t.co/cKAH3IZJYr
— Joaquin Castro (@Joaquin Castro)1565061180.0

The donor list came from publicly available information posted online, as required by law, but Trump Jr. compared Castro’s revelations to a “kill list” allegedly compiled as a high schooler by the 24-year-old gunman who killed nine people in Dayton.

The president’s son then apparently mixed up Castro and his brother, the Democratic presidential hopeful.

“When a radical left-wing politician polling 0 percent does this for either attention or a call to action, it’s pretty scary,” Trump Jr. said. “That was same thing that the Dayton, Ohio, shooter did. People should be fed up with this nonsense.”