Demoted NYT editor has long history of 'lapses in judgment' 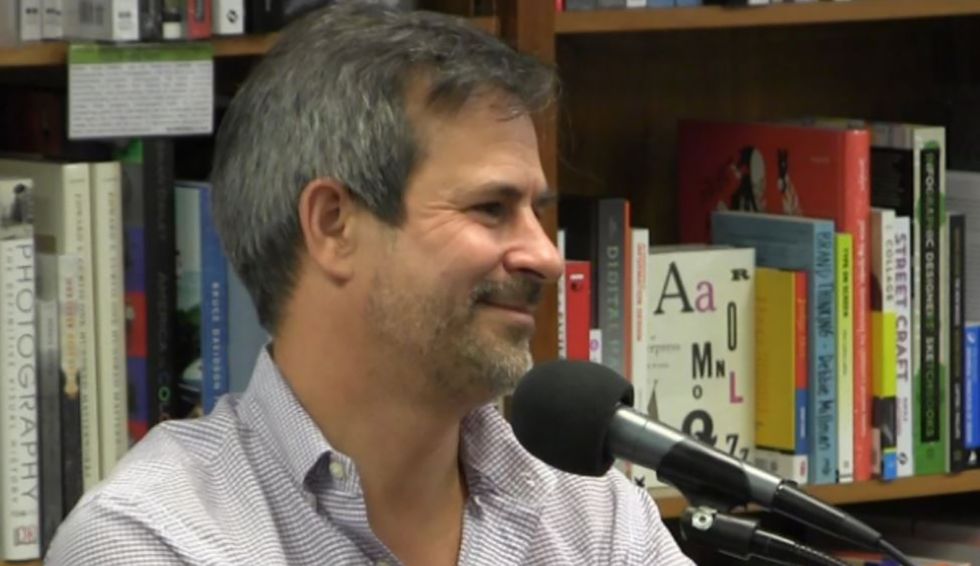 The New York Times announced last week that it had demoted deputy Washington editor Jonathan Weisman for “recent serious lapses in judgment.” These included a since-deleted tweet from last month that asserted that politicians of color don’t really count as coming from their regions:

Saying @RashidaTlaib (D-Detroit) and @IlhanMN (D-Minneapolis) are from the Midwest is like saying @RepLloydDoggett (D–Austin) is from Texas or @repjohnlewis (D-Atlanta) is from the Deep South. C’mon.

This was followed by a bizarre controversy in which Weisman demanded an “enormous apology” from African-American writer Roxane Gay, who had criticized him for “telling a black woman she isn’t black.” Weisman had chided the progressive Justice Democrats for endorsing a challenger to “an African-American Democrat”; when the challenger, Morgan Harper, pointed out, “I am also black,” Weisman retorted: “@justicedems‘s endorsement included a photo.”The Times announced that Weisman “will no longer be overseeing the team that covers Congress or be active on social media,” and these are good things. But I would take issue with the idea that his “lapses in judgment” are recent. At FAIR, we’ve been following Weisman’s career for quite some time, and “lapses of judgment” seem to be par for the course for him.

He called opponents of fast-tracking the Trans-Pacific Partnership trade deal “the political fringes,” “groups more on the fringe” and (in the words of anonymous officials) “a small fringe” (FAIR.org, 2/10/15). At the time, fast track was opposed by a majority of the House of Representatives.

He treated the poor and middle class as interchangeable terms, writing that “President Obama’s push for a new ‘middle-class economics’ [would] help make the politics of rich and poor a central issue,” and presenting Mitt Romney “vowing a campaign to ‘end the scourge of poverty’” as an example of the same phenomenon as “Mitch McConnell … encourag[ing] the Republican troops to refocus policy on the stagnant middle class” (FAIR.org, 1/23/15).

He bemoaned that in 2014, the right-wing Heritage Foundation was becoming “more of a political organization” by hiring staffers “known more for their advocacy journalism than their scholarship” (FAIR.org, 2/24/14). Heritage’s co-founder and first president, Paul Weyrich, used to write for the far-right John Birch Society; other “scholars” at the think tank have included eugenicist Roger Pearson and white supremacist Sam Francis (Extra!, 7–8/96).

He described tax hikes for the rich as “politically sensitive,” even while claiming that “a majority of voters say the federal budget deficit should be tackled with a mix of spending cuts and tax increases on the rich” — and then substantiated that by citing polling that actually showed a majority wanted more spending and higher taxes on the rich (FAIR.org, 6/7/12).

He called the prospect of an 8 percent cut in U.S. military spending, to roughly $699 billion, a “heavy blow” to “national security” — even though it would leave the United States spending more on war-fighting capacity than the next 11 nations combined (FAIR.org, 6/4/12).

He said that deep cuts in Social Security were something “cognoscenti” knew “both sides will have to eventually accept” (FAIR.org, 4/5/12). (His source to prove that the smart set knew the austerity recommendations of the Simpson/Bowles commission would inevitably be implemented? Erskine Bowles.)

He said Barack Obama’s problem was that he “cares too much about policy details” (FAIR.org, 8/16/09).

This article originally appeared at FAIR.org. Used by permission.