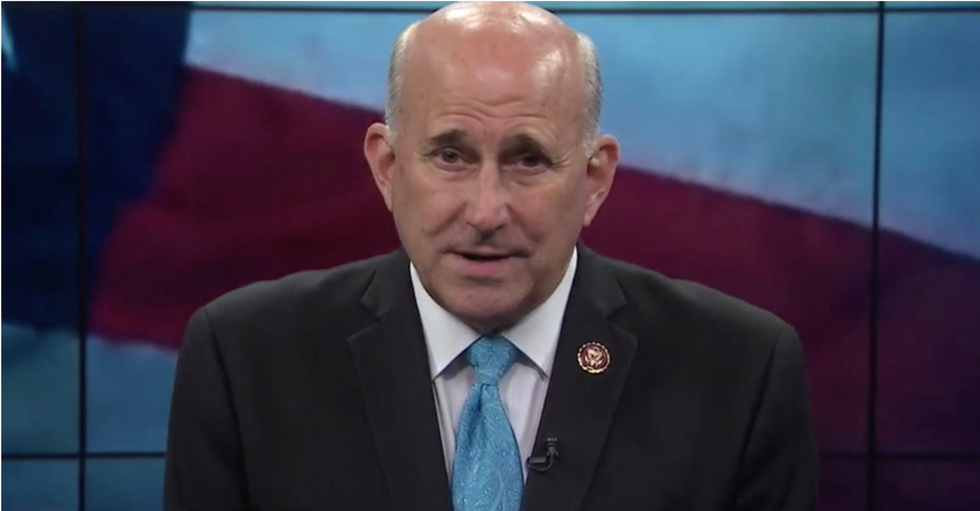 U.S. Rep. Louie Gohmert (R-TX) told two (really bad) local television news reporters he opposes charging the man suspected of slaughtering 22 people at an El Paso, Texas Walmart with a federal hate crime because that will lead to locking up preachers in prison.

Rep. Gohmert, who brought America the racist term “terror babies,” has occasionally been called the “stupidest” Congressman, and his Monday interview with KETK did nothing to dispel the rumor.

“There is no death penalty under federal law,” Rep. Gohmert said, as Mediaite reports. That, too, is not only false (here’s the DOJ’s page on the death penalty), the DOJ just a week ago announced it is executing five death row inmates starting in December. “All of this screaming and yelling, ‘we need to punish him for hate crimes,’ you know, that’s just going to be something used to lock up preachers someday.”

The GOP Congressman, who has a long track record of not only stupid statements but very anti-gay ones as well, told KETK reporters he was “bothered” when the Matthew Shepard Hate Crimes Act was passed and became law. The reporters said nothing.

Gohmert also told reporters – none of whom did anything to dispel any of his false or ignorant comments – that prosecutors “need to use Texas law,” to ensure the death penalty is handed down (false), the El Paso shooter was motivated by jealousy (false), the El Paso shooter was a “mixed bag” – meaning not a liberal or a conservative (false), teaching “against jealousy” must happen or “we’re going to have to give up” First Second, Fourth, and Fifth Amendment rights, and on and on.

Pretty much not a word of what eight-term Rep. Gohmert said during his nearly seven-minute interview was true or accurate. (And the reporters who interviewed him should stop being reporters.)