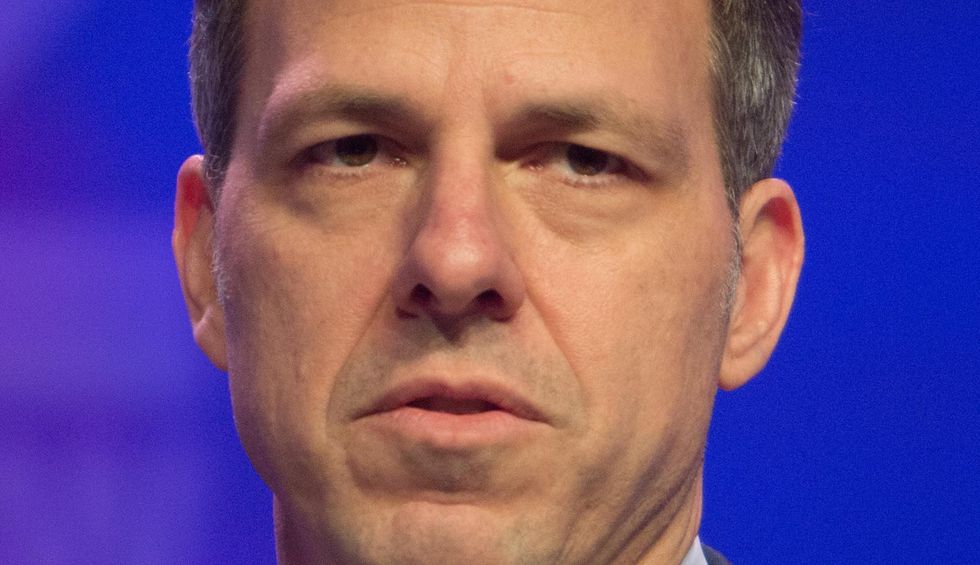 Everyone working for CNN should walk into network president Jeff Zucker’s office and resign en masse on Wednesday morning. A “debate” that spent its opening 25 minutes less efficiently than a Super Bowl pre-game show got dramatically worse as the actual questions got started. Jake Tapper then delivered instructions, warning the candidates not to go over time after CNN saw fit to run the national anthem and then a commercial break after the scheduled start time. The only ones wasting time on debate night would be CNN.

It would give Tapper and his other moderators too much credit to say that their relentless right-wing framing of the questions was animated by a desire to protect the insurance industry and the border patrol. But that’s not really it. CNN has no politics. CNN has no understanding of politics or policy. I doubt the combined firepower of the 20-person post-game panel could name a bill currently before Congress. The CNN debate was an inevitable by-product of turning news into an entertainment and cultural product.

Entertainment industry morons only understand how to stage television through the lens of forcing conflict. The questions weren’t really prompts as much as they were invitations to fight. The network had two progressive Democratic front-runners in Bernie Sanders and Elizabeth Warren, and they saw their role as taking them down a peg. Tomato cans like John Delaney and John Hickenlooper tried to oblige (while failing miserably) because this is the last time more than 10 Americans will ever hear them speak ever again. So they took their shot.

But CNN provided the combatants the ammunition and the weapons. It was designed as a referendum on two candidates and the ideas that animate them. Next time the network will summon candidates into an Octagon two at a time. As Bernie Sanders’s campaign manager Faiz Shakir correctly predicted, the result made everyone dumber, particularly because the moderators were so preoccupied with time limits—maybe not meandering around for a half-hour to start would have freed up some room—they constantly cut off the candidates just as they were getting around to answering a question. At one point Warren was interrupted during a question about healthcare so moderator Dana Bash could ask another question on healthcare. This was just Crossfire-style provocation.

Though ideology wasn’t necessarily the point, the fact that Warren and Sanders stood pre-eminent above everyone led to persistent right-wing assumptions in every question. Tapper led off by asking whether taxes would have to go up to pay for Medicare for All, and whether 180 million people should have their insurance coverage taken away from them—a nice, objective, down-the-center series of questions. Tapper, of course, is the same guy who took the Mercatus Center’s sideby enabling the Koch Brothers-funded think tank to lie about their own report, which clearly showed that overall national health expenditures would go down under a single-payer system.

Tapper then tried to cleave unions from the Democratic Party by saying that national health care would take away hard-earned benefits, as if unions would not then seek to renegotiate contracts with higher wages. His next muddled question: how candidates could support decriminalizing border crossings, a policy so etched in stone that it’s been in place since way back in 2006. Then there was a long section that asked candidates to play pundits and explain why liberal ideas are bad and wrong.

It was not lost on Sanders, or anyone watching at home, that the commercial breaks featured ads from the pharmaceutical lobby, the anti-single payer group Partnership for America’s Health Care Future, funded by hospitals and drug companies, and an Alzheimer's disease patient advocacy group that takes major funding from drug companies. The unfiltered 90 seconds of three of these commercials in succession comprised more screen time than anything in the debate about money in politics.

But again, these badly framed questions were motivated by devising a wrestling match. Jeff Zucker thinks it’s good television to stage a play that has pyrotechnics in it. This grew so tedious by the end that Tapper, in the name of ginning up conflict with an Elizabeth Warren policy proposal, was demanding why America should relinquish pre-emptive nuclear strike capability. For that exchange, he might as well have dressed up as Dr. Strangelove.

The country cannot afford to have CNN creating the proscenium through which America gets informed. There are an enormous amount of things wrong with the way we elect presidents in this country, in a process that’s about a year and a half too long. But whenever I turn to a debate or election night, the only times I am ever forced to encounter the grand horror of cable news, I find myself thinking that the empty suits at CNN trying to create “matchups” and “drama” have corrupted us all, as much as anything else in politics.