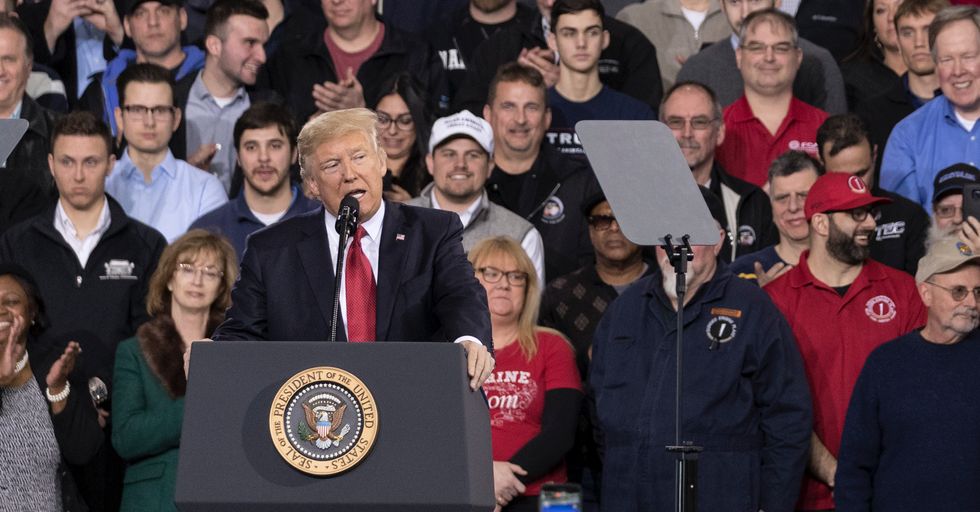 President Donald Trump lies all the time. But some of those lies are stranger than others.

One falsehood that has been haunting CNN fact-checker Daniel Dale is Trump's repeated claim, first made right before the 2016 election, that he won Michigan's "Man of the Year" award five years go. The problem is that there's no record of such an award or of him winning it.

Trump made the claim again Thursday night, reigniting the search for the truth. Neither Trump's campaign nor White House has ever offered an explanation for his baseless assertion.

It's always possible that Trump is just making stuff up out of whole cloth, but often, there's some explanation for his bizarre and outlandish claims. And Dale seems to have finally found it.

Trott says that Trump thanked him for the alleged award at a 2017 roundtable with auto CEOs. Trott says he wasn’t a… https://t.co/RLSIqkfmIt
— Daniel Dale (@Daniel Dale) 1565977637

Trott adds that the speech was well-received. He also adds that Trump insisted he had to tell the press that it was… https://t.co/aVJw2dzBJU
— Daniel Dale (@Daniel Dale) 1565977731

When HuffPost first conducted its own investigation into the claim in 2016, it cited this event as a possible explanation for Trump's claim:

Trump did speak at the Oakland County GOP Lincoln Day dinner in 2013 and claimed to have drawn a record audience. This happened in Michigan. But it was not an award, and it happened three years ago, not five.

So, it seems, another minor Trump mystery solved. It just reinforces the fact that every word that comes out of his mouth should be treated with extreme doubt. Even if it's rooted in some actual facts, by the time an idea or memory makes its way through his warped mind, his claims may have no connection to reality at all.