Beto O'Rourke: President Trump 'had a lot to do' with El Paso shooting 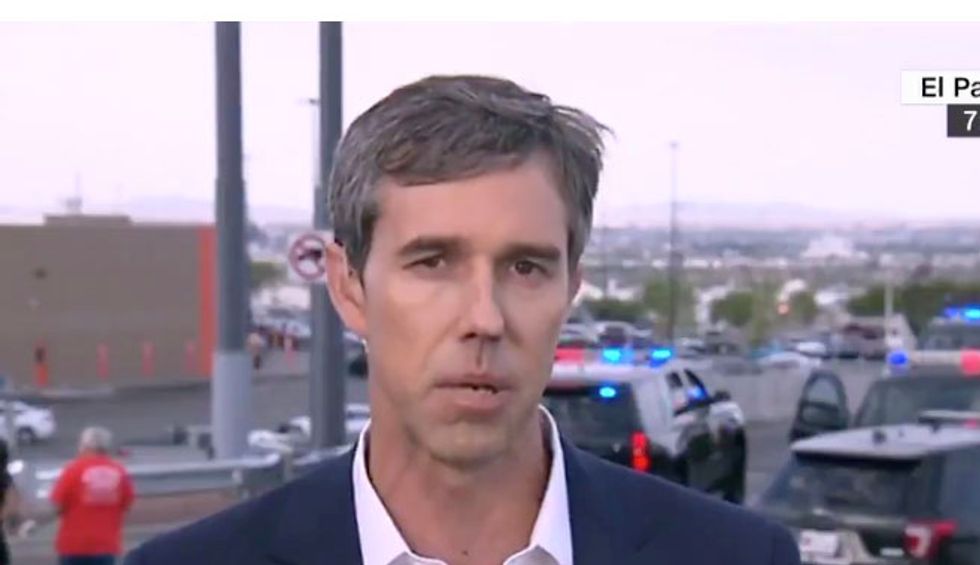 By Alana Rocha, The Texas Tribune

"Beto O'Rourke says President Trump "had a lot to do" with El Paso shooting" was first published by The Texas Tribune, a nonprofit, nonpartisan media organization that informs Texans — and engages with them — about public policy, politics, government and statewide issues.

As authorities investigate a mass shooting at an El Paso Walmart that left 20 people dead and more than two dozen others injured Saturday, police say the 21-year-old North Texas man arrested may have written a manifesto revealing that the crime was racially motivated.

"President Trump had a lot to do with what happened in El Paso yesterday," @BetoORourke on @FaceTheNation. #ElPasoShooting #ElPaso
— Texas Tribune (@Texas Tribune) 1564929855.0

Asked on CNN's "State of the Union" program Sunday morning whether Trump is a "white nationalist," O'Rourke told host Jake Tapper, "The things that he has said both as a candidate and then as the President of the United States this cannot be open for debate."

Later in the morning, O'Rourke appeared on CBS's "Face the Nation" and was asked whether the president was indirectly responsible for the El Paso shooting.

“Anyone who describes those who do not match the majority of this country as somehow inherently dangerous or defective sows the kind of fear, the kind of reaction that we saw in El Paso,” he said.

Watch the full clip above.

This article originally appeared in The Texas Tribune at https://www.texastribune.org/2019/08/04/beto-orourke-donald-trump-el-paso-shooting/.