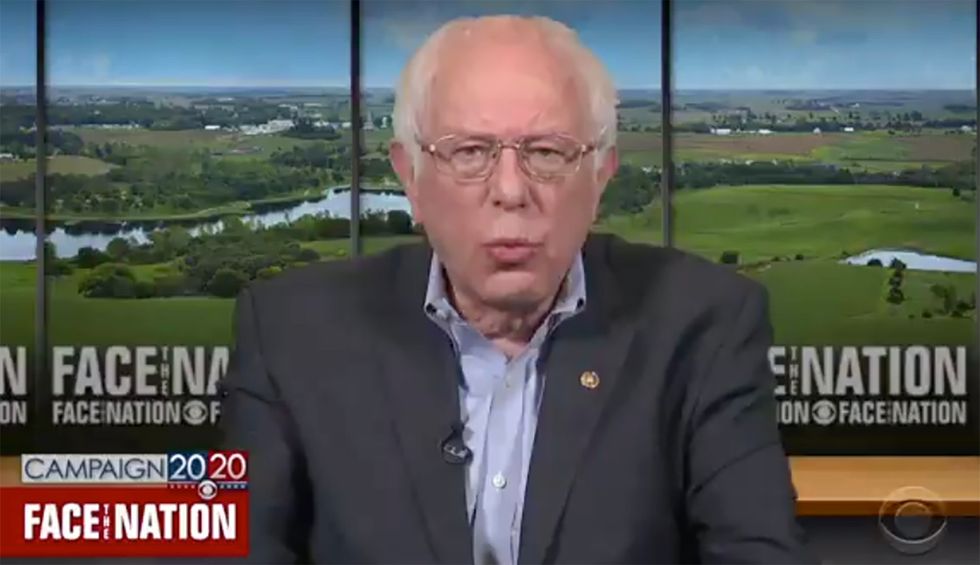 Speaking to the Black Church PAC Presidential Forum in Atlanta two weeks after a gunman opened fire in an El Paso Walmart with the goal of killing Mexicans, Sen. Bernie Sanders on Saturday said his administration will "go to war against white nationalism and racism" if he is elected president in 2020.

Sanders vowed to "throw the full force of the law" against those in the U.S. who harm or kill people on the basis of skin color, which the Vermont senator described as "domestic terrorism."

In addition to fighting the white nationalist terrorism that is on the rise in the United States, Sanders said the U.S. must combat systemic inequities in healthcare, housing, and other facets of American society.

"When we combat white nationalism and when we combat racism," said Sanders, "we are gonna use all of the laws in our power, including executive orders in every area, to make certain that we end the discrimination which now exists in healthcare, where black women are dying three times the rate of white women when they give birth."

"We will end the redlining that exists in housing discrimination," Sanders said. "We will end the absurdity of black kids leaving school much more deeply in debt than do white kids."