'Be honest about this': Democratic senator shoots down reporter who suggests 'both parties' are to blame for mass shootings 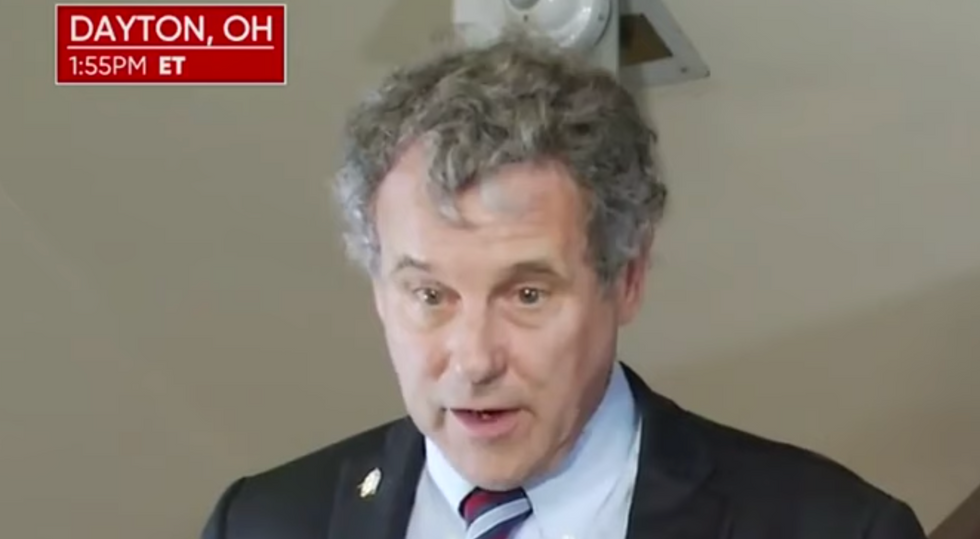 Sen. Sherrod Brown (D-OH) shot down a question from a reporter on Wednesday that suggested Democrats and Republican carry equal blame for the failure of Congress to address mass shooting in the United States.

"Don't both parties take blame in the inability to find a solution to these mass shootings?" the reporter asked.

"No, no," Brown responded while addressing the press in Dayton, Ohio, the site of just one of the weekend's mass shootings.

"There have been mass shootings under both Democratic and Republican administrations," the reporter said.

But Brown rejected the premise, saying that the National Rifle Association is the reason that real reforms can't get passed. And while Democrats like him stand up to the NRA, the senator said, Republicans are in lockstep with the organization.

He continued: "So be honest about this. Guns is a big, big part of this. And we have a whole political party in this country now — with the exception of Congressman Turner, I would add now, who's been on the right side — that's in bed with the gun lobby."