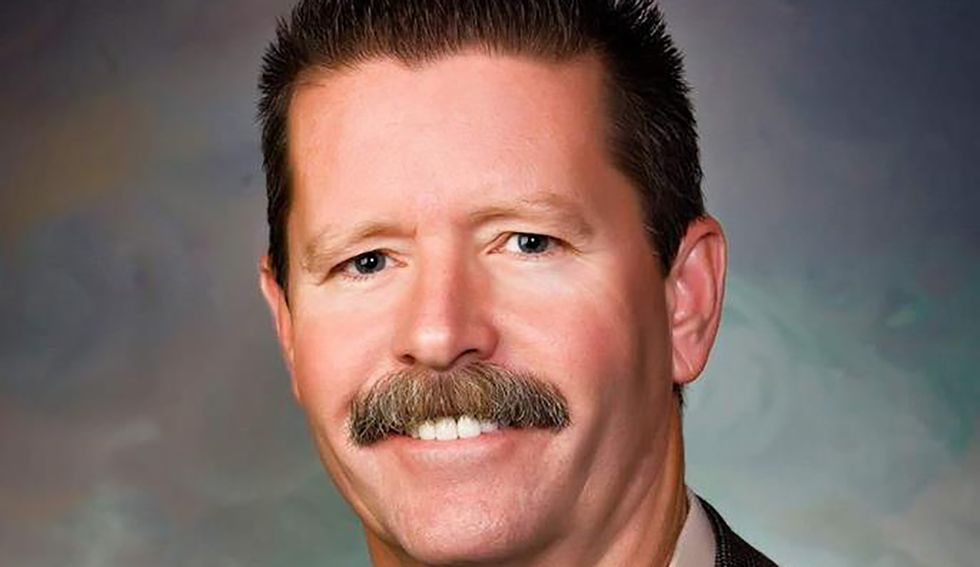 Ron Gould, an Arizona Republican elected official with a strong history of anti-gay and anti-immigrant views who recently supported a colleague who made racist remarks says homosexuality is a “sin” and the cause of gay men dying young, which is false.

“That’s why they die,” Gould said, when asked if he thinks gay men die young because they are gay.

“We all have our sins, but we should try to suppress them. Alcohol is harmful, too, but we don’t see groups promoting alcoholism,” Gould added.

The Kingman Daily Miner says Gould does not believe same-sex couples have the legal right to marry. The U.S. Supreme Court in 2015 made clear they do.

County residents have been asking Gould to remove a woman he appointed to a zoning and development board, after she posted racist remarks to Facebook. He is the only one who can, and refuses to do so.

“We have a country that is turning brown, which means that in no time at all white people will be in the minority,” Lajuana Gillette wrote on Facebook, according to the Arizona Mirror, which notes she “blamed racism in America on former President Barack Obama and black Americans.”

“We must stop the minorities from coming here and trying to change us,” Gillette also reportedly wrote. “If you drive thru (sic) Arvin (California) you would think you are in Mexico. All the signs in Mexican… We had better wake up before we lose America for our children and grand children (sic).”

Gould said he won’t remove Gillette, but is “going to tell her to watch her choice of words.”

“I’m not concerned about LaJuana shooting up a Walmart,” he added, referring to the recent white supremacist domestic terrorism mass shooting in El Paso, Texas.

The Arizona Mirror noted that “The El Paso shooting suspect had made similar statements in his manifesto to those made by Gillette regarding immigrants and the changing demographic makeup of the country.”

As a state senator, Gould was a “prime sponsor” of a ballot measure to ban same-sex marriage in the Arizona constitution.