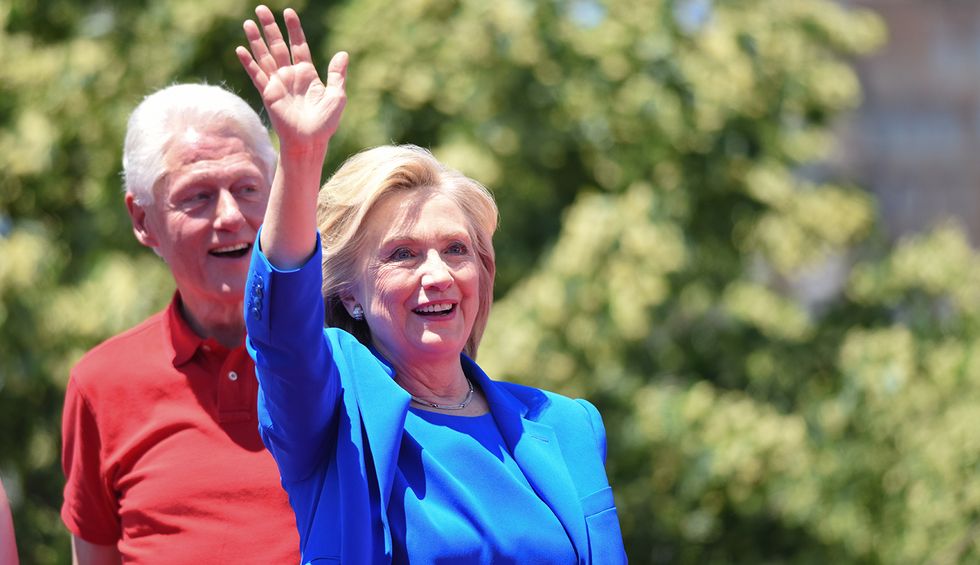 Donald Trump’s tweets have him dominating the news cycle once again. This time it’s over him promoting an unfounded conspiracy theory that blames the Clintons for pedophile-billionaire Jeffrey Epstein’s death in prison. While the circumstances surrounding his alleged suicide are suspicious to say the least, I find it quite ironic that Trump is pointing fingers given his long-time friendship with the wealthy sex trafficker. But I digress. The point is, if you watch CNN or MSNBC for more than five minutes on any given day, you are guaranteed to see clips of Trump saying something offensive, absurd, or both, while outraged left-wing pundits collectively lose their mind over it.

It is apparent that the networks believe the continuous coverage is shining a spotlight on the behavior, proving to everyone once and for all that the president is in fact a bona fide liar, racist, or general deplorable. But at this point, is any of this new information? Sure, his tweet last month directed at minority Congresswomen, summed up as “Go back to your country,” was a new low even for Trump, and it deserves to be reported on. However, does it do any good for national news channels to be running the story constantly, broadcasting it to millions of viewers and giving the president the exposure he wants and even relies on? You can choose to click on articles or not, but if you keep the TV on, you’re always plugged in.

The truth is, all the people who would consider Donald Trump’s promotion of unfounded conspiracy theories outrageous already knew very well that misinformation is one of his top priorities. Likewise, those Americans who were not bothered by him calling Hispanic migrants “murderers and rapists” and saying “Islam hates us,” will not find his more recent statements about Congress members of color problematic. The lines have been drawn in the sand long ago.

It should be made clear that Trump’s political base does not like him in spite of his lying and racism, they like him because of it. And the president knows this very well. So much so that his racist remarks and tall tales should not be perceived as gaffes but as calculated political moves. When Trump makes such statements, he is consciously trying to troll progressive America, and this trolling—which is exactly what it is—simply delights his followers.

For those unfamiliar with the term, trolling means “making random unsolicited and/or controversial comments with the intent to provoke an emotional reaction or to engage in a fight or argument.” Trolling usually happens on the Internet, on discussion forums or the comment sections of social media posts, but people can also troll through tweets as well as in real life. Since whatever the president says instantly makes it to T.V. news and the Web, trolling in person is an effective strategy for Trump.

Trolling is a relatively new concept, but it is so pervasive that it has already been studied by social psychologists. Research has shown that Internet trolls score high on measures of narcissism, psychopathy, and sadism. Given Donald Trump’s blatant narcissism, it’s no wonder that he trolls America as if it were a sport. It is also no wonder that some of his fans love him for it, as sadism appears to be much more prevalent than anyone presumed.

It is important to recognize that the statements used to troll don’t need to be logical or true. The primary goal is to taunt and provoke. You would think only mentally-deranged people like sadists would approve of such behavior, but the amount of “likes” that these kinds of comments get on platforms like Facebook or Twitter—which can be hundreds of thousands in some cases—reveal just how many people love and celebrate the provocations. That is because the trolling is viewed as trash-talking the opponent, which most Trump supporters find entertaining. To them, the racist remarks are just a way of “sticking it to liberals,” and a sign that their leader “doesn’t play by the rules.” If winning politically requires playing dirty, he’ll do it in a heartbeat, and to some that’s a merit.

There is no question as to whether Donald Trump’s trolling is in fact such and not simply inconvenient truths or sincere statements that progressive Americans just don’t like. The president knew very well that 3 out of 4 of the Congresswomen he attacked were born in America, yet that didn’t stop him from telling them to go back to where they came from.

If that didn’t convince you Trump is trolling us, his tweet earlier this month toward Rep. Elijah Cummings surely did:

“Really bad news! The Baltimore house of Elijah Cummings was robbed. Too bad!”

But how does the news media handle the trolling? CNN plays his clips over and over and over. And you can bet that his supporters frequently take a break from Fox News to watch the liberal pundits react as intend while they have a good laugh.

So how do we handle the constant provocation? Remember one of the Internet’s most important rules: Don’t feed the trolls. Cover it, but not excessively, and devote some more time to stories valuable to society—like breakthroughs in science, technology, and medicine, or the data privacy problem, or the factors driving the nation’s huge income-inequality problem. By now every American knows that Trump is a liar, a race-baiter, and a sleazeball. Letting him suck up all the oxygen from the room is only giving him free airtime and energizing his base of trolls, who we can be sure are laughing while the other side pulls their hair out from frustration.

Bobby Azarian is a neuroscientist affiliated with George Mason University and a freelance journalist. His research has been published in journals such as Cognition & Emotion and Human Brain Mapping, and he has written for The New York Times, The Atlantic, Psychology Today, and Scientific American. Follow him on Twitter @BobbyAzarian.