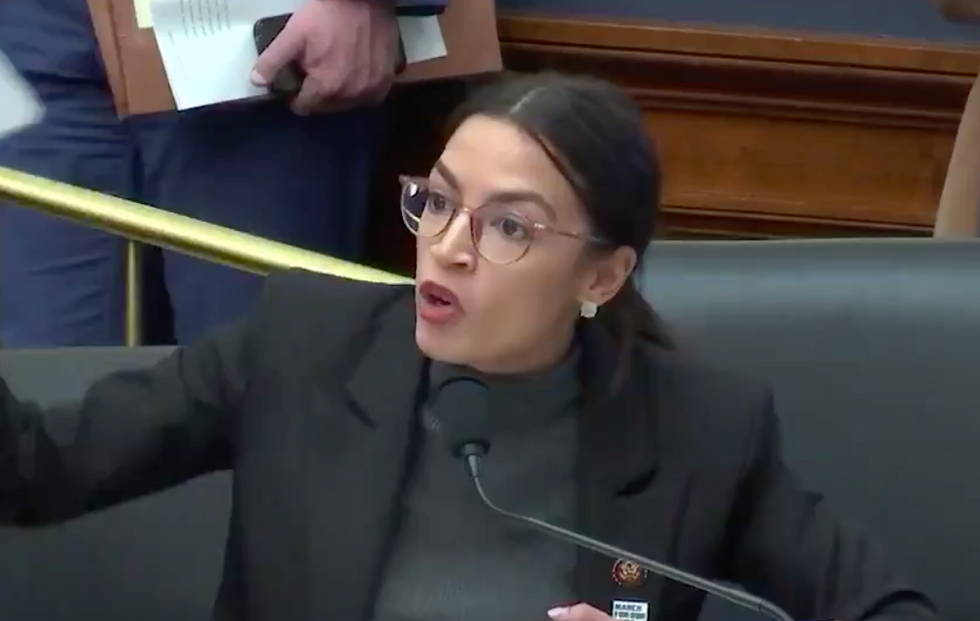 Lawmakers who visited immigrant detention centers near El Paso, Texas on Monday spoke out about revelations of a secret Facebook group in which current and former Border Patrol agents had shared violent and misogynist comments about the members of Congress.

Reps. Veronica Escobar (D-Texas), Alexandria Ocasio-Cortez (D-N.Y.), Ayanna Pressley (D-Mass.), and Rashida Tlaib (D-Mich.) were among those who traveled to Clint, Texas on Monday to visit a Border Patrol station there, where legal advocates reported last month that they had found hundreds of children living in inhumane and unsafe conditions.

The visit was underway when ProPublica released its report on a Facebook group of nearly 10,000 members in which current and former Department of Homeland Security employees had recently posted about the lawmakers, including comments daring agents to throw "a burrito at one of these bitches" and lewd photoshopped images of Ocasio-Cortez.

The congresswoman predicted that the comments would be dismissed as the work of "a few bad eggs," but said the Facebook group was indicative of the "violent culture" of CBP and the Trump administration.

"There are 20,000 total Customs & Border [Protection] agents in the U.S.," Ocasio-Cortez tweeted. "Ninety-five hundred—almost HALF that number—are in a racist and sexually violent secret CBP Facebook group."

The congresswoman's views were confirmed, she said, when she witnessed firsthand DHS employees' treatment of migrants in Texas.

"Officers were keeping women in cells with no water and had told them to drink out of the toilets," Ocasio-Cortez reported. "This was them on their GOOD behavior in front of members of Congress."

This is disgusting and disturbing! This is the agency we trust to address the migrant crisis at the border? This… https://t.co/fl36KRtFJg
— Ilhan Omar (@Ilhan Omar)1562002191.0

In addition to remarks about the legislators, all of whom have been fiercely critical of the immigration policies CBP agents have been carrying out under President Donald Trump, the three-year-old Facebook group contained numerous comments expressing indifference about the suffering of immigrants.

In one exchange about a 16-year-old Guatemalan migrant who died in May while in the agency's custody, agents wrote, "Oh, well" and "If he dies, he dies." Officers in the group also suggested last month that the widely-circulated photo of Salvadoran father Oscar Alberto Martinez Ramirez and his daughter Valeria, who drowned while trying to cross the Rio Grande last month, had been "edited" by "the Dems and liberal parties."

The report "confirms some of the worst criticisms of Customs and Border Protection," Castro told the outlet. "These are clearly agents who are desensitized to the point of being dangerous to migrants and their co-workers."