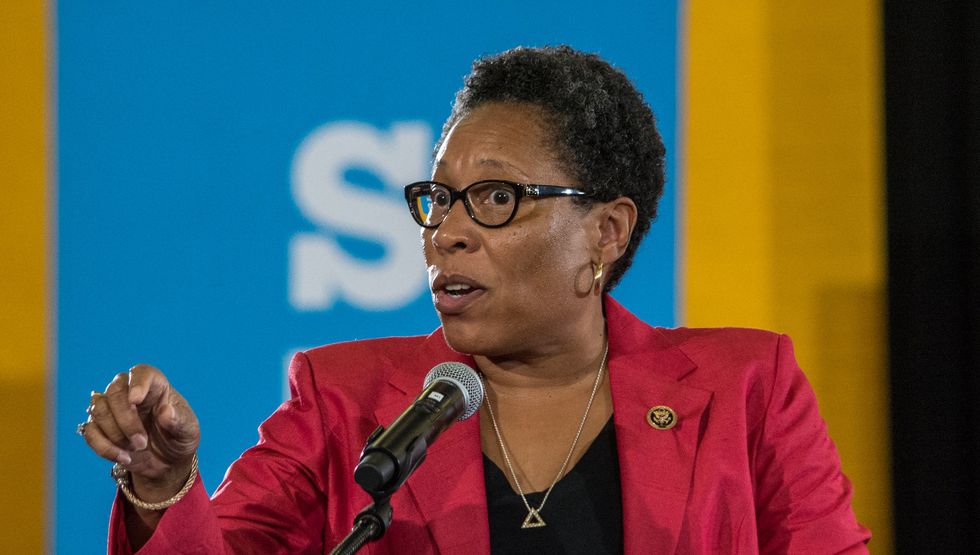 If Democrats are going to defeat President Donald Trump in 2020 or achieve a majority in the United States Senate — both of which are possibilities but by no means certainties — they are going to need a heavy turnout from African-American and Latino voters, not to mention strong solidarity within their party.

But according to a report for Politico, there has been some friction between Democratic lawmakers of color and the Democratic Campaign Coordinating Committee (DCCC), which is presently led by Rep. Cheri Bustos of Illinois.

For the report (written by Jake Sherman, Laura Barrón-López and Heather Caygle), Politico spoke to “more than two dozen Democratic lawmakers, aides and strategists.” And a recurring complaint among some Democratic African-American and Latino members of Congress was that there isn’t enough diversity within the DCCC. One of those lawmakers is Ohio Rep. Marcia Fudge, who Politico quotes as saying, “There is not one person of color — black or brown, that I’m aware of — at any position of authority or decision making in the DCCC. It is shocking, it is shocking, and something needs to be done about it.”

Bustos, according to Politico, requested a meeting with Fudge — and Fudge declined. “Until they show me they are serious about diversity, there’s no reason for me to meet with them,” Politico quotes Fudge as saying.

Arizona Rep. Raul Grijalva, a Latino Democrat, expressed frustration with the DCCC as well, telling Politico, “The overall plan for Latino outreach seems to be some 1980s playbook, which doesn’t work anymore.”

Rep. Emanuel Cleaver, a Missouri Democrat, described diversity among senior DCCC members as one of the “biggest issues” he dealt with in the past. And Rep. Pete Aguilar of California, according to Politico, has met with Bustos many times to address the diversity concerns of the Congressional Hispanic Caucus (CHC).

But discontent with Bustos’ DCCC leadership, according to Politico, is by no means universal among black or Latino members of Congress. Some Latino Democrats Politico spoke to had a very favorable view of Bustos’ work and believe she is being admirably proactive in trying to increase Latino representation in the DCCC. For example, Rep. Henry Cuellar, a Texas Democrat, told Politico he is “very happy with” Bustos’ performance and believes she’s “doing a great job” as DCCC chair. And Rep. Jim Costa of California said that Latino representation is “higher now” under Bustos “than during the previous chair.”