Why does the Washington Post see black as an ‘identity’ — but not multi-millionaire? 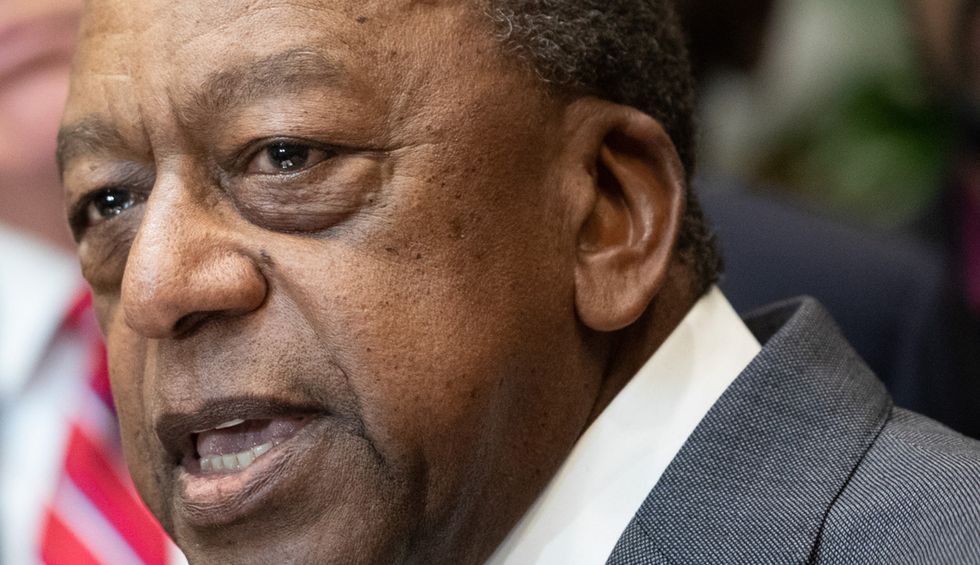 The Washington Post‘s “identity politics” writer put out a piece this week (7/9/19) devoted to what Robert Johnson, the ultra-rich founder of Black Entertainment Television, thinks about the Democratic primary race. The piece leads off:

Few demographic groups are more faithful to the Democratic Party than black Americans. But one of the first black billionaires is suggesting that the party has moved so far to the left, it risks alienating them.

Reporter Eugene Scott acknowledges—and quotes people who affirm—that Johnson’s political views are completely out of step with most African-American voters, but apparently that’s not enough to convince Scott or his editors to change the framing (or existence) of the piece, which clearly illustrates a fundamental problem with the way the Post understands “identity politics.”

Yes, Robert Johnson is black. Robert Johnson is also extremely wealthy; according to Forbes, he’s no longer a billionaire, but his wealth still puts him in a demographic that has entirely different economic views and interests than the vast majority of the African-American population.

For instance, he says he thinks the economy is “doing great,” and that he gives “the president a lot of credit for moving the economy in a positive direction that’s benefiting a large amount of Americans.” Meanwhile, polling shows that 90 percent of African-American voters think that economic conditions have not changed or have gotten worse, and that 85 percent of black people believe that “low wages that are not enough to sustain a family” are a “major problem,” with more respondents identifying it as the single-most pressing problem facing black communities than any other issue.

But it gets worse. In fact, Johnson himself doesn’t claim to speak for all black Americans—it’s the Post that reads his words that way. In the CNBC interview (7/9/19) the Post column is based on, Johnson makes it clear both that he is a “centrist” and that he’s speaking for himself: “The party in my opinion, for me personally, has moved too far left.” A few lines later in the interview, he talks about the Democratic candidates’ programs as “not resonating with the majority of the American people”—note the lack of a particular race attributed to those people. At no point does he reference the political opinions of African Americans as a group.

Though the Post includes the first quote above, it takes as its premise that Johnson is speaking for his race, soliciting responses to this premise that point out his outlier status in the African-American community. For instance, Adrianne Shropshire, the executive director of Black PAC, tells the paper:

Frankly, the policy positions of the current Democratic field of candidates are aligned with the issues and priorities of those [black] voters. So while Mr. Johnson may share the interests of millionaires and billionaires, he’s out of step with black voters.

Shropshire is exactly on point. Johnson’s identity is multifold, like everyone’s. He is both black and ultra-rich (among other things). But his views on political candidates clearly align more with the latter identity than the former. So in an “identity politics” column, why does the Post talk only about whether and how much he represents the black demographic, not the wealthy demographic? And, if the Post wants to talk about the black demographic, why frame its article around an outlier multi-millionaire, rather than the majority of the African-American electorate?

When the Black Futures Lab released its 2019 Black Census, based on the largest survey of black people in the United States since Reconstruction, do you know how many stories the Post ran on it? Zero—just like most major corporate outlets. Scott’s column is one of the only places in the Post that aims to center the views and interests of traditionally marginalized groups; it’s a shame to see that even there, the voices of the wealthy few can be so unthinkingly substituted for those of the struggling multitude.