Why Democrats shouldn't pick one of those many senators for VP 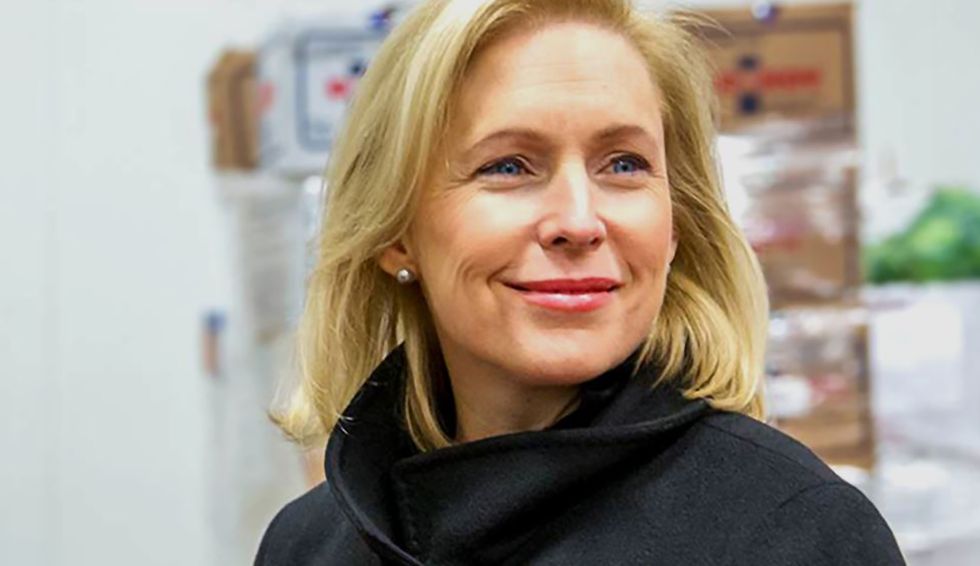 Over the next two nights, we’ll see seven Democratic senators (counting Bernie Sanders as the Democrat he effectively is) on the debate stage. Not all of them, of course, are really running for president. The more obscure, the non-frontrunners, may have calculated that the exposure they are getting will set them up for a vice-presidential nod. (Some of the other candidates now polling at one percent appear to be running for a post on the level of deputy assistant secretary for Horseshoeing in the Department of Commerce.) Senators Michel Bennett, Kirsten Gilllibrand, and Amy Klobuchar might well have had Joe Biden’s old job in mind when they declared their candidacies.

In previous years, that would have been a highly rational calculation. Democratic convention delegates have given the vice-presidential nomination to sitting senators in every covention save one since 1944 (not counting the sitting vice-presidents nominated for a second term, all of whom were initially nominated while serving in the upper house). Here’s the last-name-only list: Truman, Barkley, Sparkman, Kefauver, Johnson, Humphrey, Muskie, Eagelton, Mondale, Bentsen, Gore, Lieberman, Edwards, Biden, Kaine.) The sole exception came in 1984, when presidential nominee Mondale had pledged to select a woman, and chose as his running mate New York Congresswoman Geraldine Ferraro.

Republicans, by contrast, have no such senate fixation. They haven’t given a sitting senator the vice-presidential nod since Dan Quayle ran with George H.W. Bush in 1988 and 1992.

But this year, the Democrats plainly need to rethink their vice-presidential criteria, because control of the Senate will be very closely contested in November 2020, and today’s GOP, if it ends up in control, will do all it can to subvert any initiative of a Democratic president or Democratic House. The Democrats can’t afford to lose a single Senate seat to, should they take the White House, the vice-presidency, unless they have an absolute assurance that that senator’s successor will be a Democrat, too. That means the governor of that outgoing senator’s state must be a Democrat, even if the governor’s apppointment of an interim successor is in office for a relatively short time. That mean the state from which the new veep hails must be sure to elect a Democratic successor. In the special election held after Ted Kennedy’s death, we should all remember, Massachusetts voters sent a Republican to the Senate, thereby eradicating the Democrats’ 60-member super-majority. And that was liberal Massachusetts.

Of the seven Democratic senators now seeking the presidency, there are only two—Gillibrand and Harris—of whose replacement we can be absolutely sure that he or she will be a Democrat. And while there may well be a strong case to give Harris the VP nod should she not finish atop the presidential ticket, padding the vote in California isn’t part of that case, just as padding the vote in New York by putting Gillibrand on the ticket would be a pointless gesture as well. For senators NOT seeking the presidency, the best of them, Ohio’s Sherrod Brown, would almost surely be succeeded by a Republican in a special election. With control of the Senate quite likely hanging by a single vote, that would be too big a risk to take for a vice-presidential pick that historically hasn’t really made any perceptible difference in the way people vote.

So, Democrats: No senator for veep this time around!