WATCH: Ex-RNC chair reveals the hilarious ‘tell’ so you know when Trump is lying 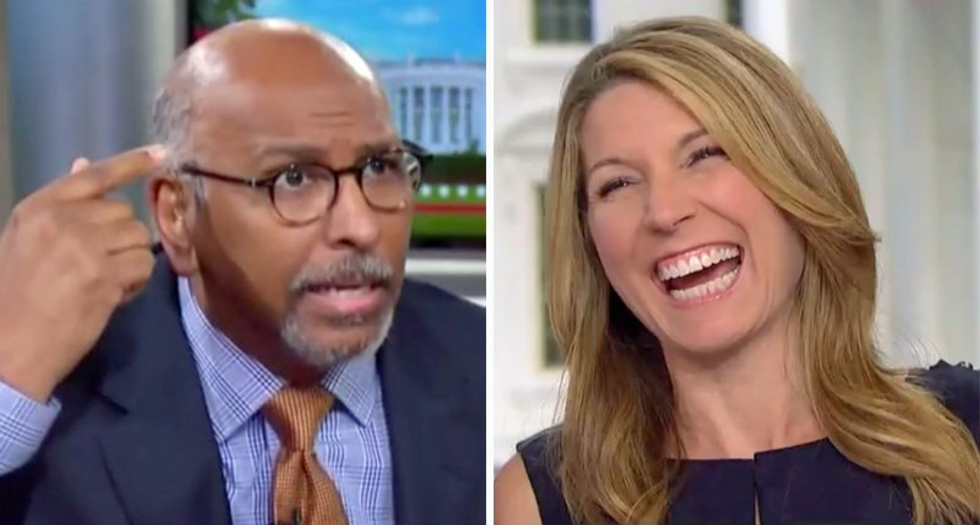 The former head of the Republican Party revealed one “tell” that Americans can employ to know when President Donald Trump is lying.

“Whenever the president said, ‘I heard’ — shut it down, stop it, call it a lie and move on because the next sentence, word, phrase out of his mouth will be a lie,” Steele explained.

“Jimmy doesn’t exist,” Steele replied. “Jimmy is in his head.”

“Jimmy is running from this eyeball to that eyeball, do you understand that? This is where Jimmy plays, he’s right here,” Steele said, pointing between his eyes.