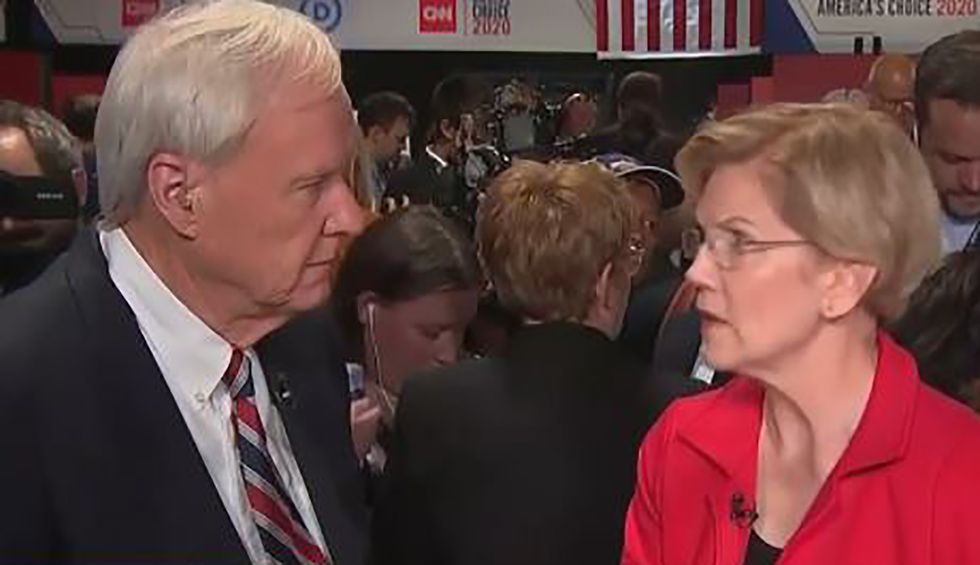 Sen. Elizabeth Warren didn’t back down from her liberal/progressive platform on Tuesday night, when she appeared in the first of two Democratic presidential debates in Detroit. Nor did she didn’t back when she was later interviewed by MSNBC’s Chris Matthews.

“How much are your taxes going to go up?,” Matthews asked, referring to the costs of her Medicare-for-all proposal. And Warren countered that Americans’ overall costs would actually go down under her proposal.

Matthews, however, still wanted to know “how much more” Americans would “pay in taxes.” And Warren persisted, “It’s a question about where people are going to come out economically.”

“High medical bills,” she stressed to Matthews, is one of the main reasons why so many American families have gone broke. And “many of them,” Warren stressed, “had health insurance.”