Watch: Al Sharpton brilliantly smacks down Trump on Morning Joe after the president calls him a ‘con man’ 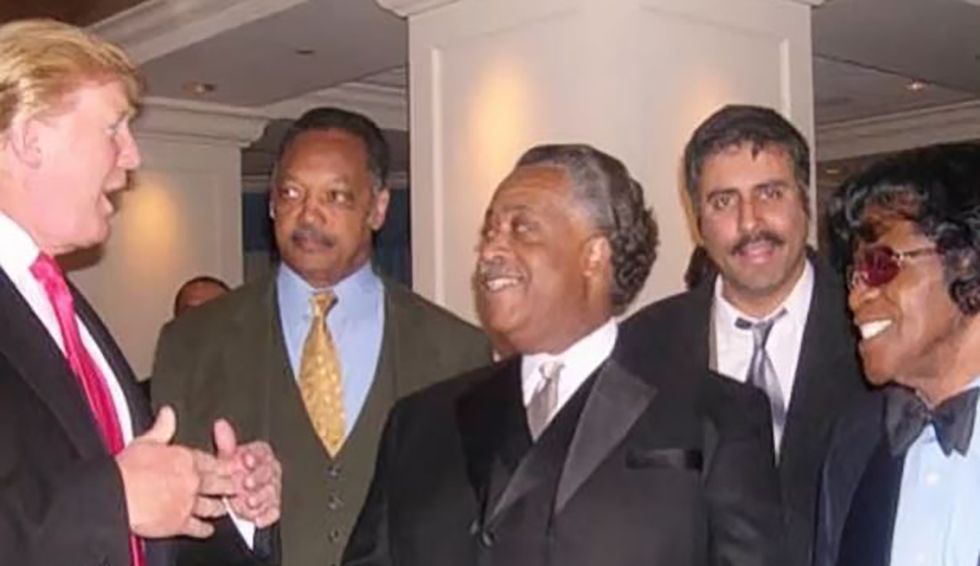 The Rev. Al Sharpton called out President Donald Trump after he hurled racist abuse at the civil rights leader and MSNBC broadcaster.

The two New Yorkers have known one another for decades, and Sharpton told MSNBC’s “Morning Joe” that the president once begged for his approval shortly after his election.

“He would support us and come to us even after I would challenge him,” Sharpton said, “about (the) Central Park (Five) and attacking him on the birther (conspiracy). But make this note — on December 1, 2016, three weeks after the election, he called me after seeing me on this show, ‘Morning Joe,’ and asked me to come and meet with him.”

“He was president-elect,” the reverend recalled, “and he wanted me to come meet with him at Mar-A-Lago. I said, ‘I will only meet with you if I can bring other leaders of national civil rights organizations. (Trump said,) ‘No, Al, I just know you, let’s meet and let’s talk.'”

Trump called the civil rights leader a “troublemaker and con man” in his Monday morning attack, and Sharpton called out his hypocrisy.

“Why would you want, as president-elect of the United States, to meet with a troublemaker and a con man?” Sharpton said. “That’s who he is, and we know who he is. The question is, what are we going to do about it?”