'Wag the Dog' author: Trump is too dishonest to win re-election by attacking Iran 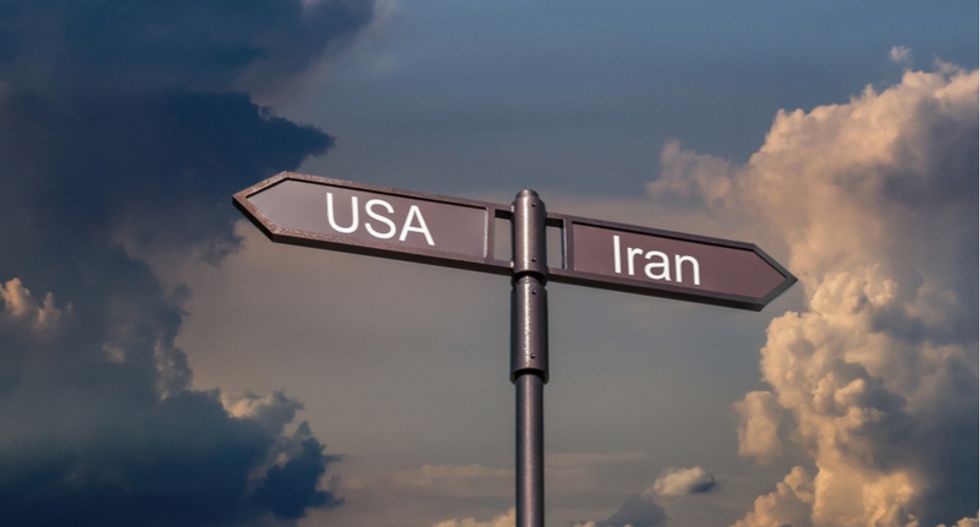 If Donald Trump is convinced that he will lose his bid for re-election or if he is convinced that an investigation is getting too close, would he go to war with Iran? Or Venezuela? Or some other player to be named later?

War is more than a distraction. The theory - and it's a good one - is that a good war has the population put aside their domestic squabbles, unite around their leader, in order to face outward against their external enemy. It is, therefore, a very attractive option for a politician with domestic woes.

Would Trump choose that option?

To try to figure that out, we have to figure out what Donald Trump believes. Which is not easy. You can't go by what he says since he appears to make no distinction between truth and lies. For that matter, between fantasies and realities. You can't go by what the analysts and the pundits say, because they keep trying to frame him within their usual conventions and he doesn't live there. Still, there are things he might believe in and there are certainly things he disbelieves.

Judging by his actions - in addition to his words - he really seems to believe that the wars in Iraq and Afghanistan were huge mistakes. He has actually tried to pull out - against all sorts of resistance - from both. Syria offered many temptations for involvement - defend the one group Americans sort of like in the Middle East, the Kurds, grab more oil, "defeat" Isis, accomplish something Obama couldn't - but except for lobbing a few missiles with minimum casualties and damage, Trump didn't get sucked in.

Trump has several people around him who are dedicated Iranophobes. Most obviously John Bolton and Mike Pompeo. Trump himself is committed to making noise about how evil Iran is, calling it "the world's leading state sponsor of terror." "a murderous regime," that "fuels conflicts ... supports terrorist proxies ..."

On June 13, there were explosions on two tankers in Gulf of Hormuz. The US asserted that the Iranians did it.

On June 19th, the Iranians shot down a US drone. Not the kind you can play with in your backyard. It's wingspan is over 130 feet and, according to Wired, a "takeoff weight of more than 16 tons, equivalent to seven shipping containers of cocaine." (It's interesting, though probably not relevant, that Wired figures its readers have a pretty good idea what a shipping container of cocaine weighs so that it's a meaningful point of reference.) It costs taxpayers $220,000,000 (the drone, not the coke).

A little while back, Trump was ranting and raving at North Korea. It would be "met with fire and fury like the world has never seen." But it was actually met by fawning and - so it is said - a love letter.

We have a succession of really good examples of how the war option operates in domestic political affairs.

Margaret Thatcher was on her way to becoming as ignominious a failure as Theresa May is today. The Falklands War saved her. She became the longest serving Prime Minister in British history.

She urged George H.W. Bush to emulate that success and he did so in 1990 with the First Gulf War. That war was not only legal, it was extremely well run, and successful in accomplishing its announced goals. Yet it was a terrible failure in what may be presumed to be its real goal, the re-election of George H.W. Bush. (Best guess is that the timing was off. Won and done by the end of February, 1991, it was faded and forgotten by election day, November, 1992)

George W. Bush was determined to succeed where his father failed. He did so. He won re-election. But he failed where his father had succeeded. He essentially lost both his wars. While Bush the Elder had his war paid for, largely by other countries, Bush the Lesser ran up huge debts. The justification for at least one of them, Iraq, turned out to be false. The legacy he left for subsequent presidents, including Trump, is extreme skepticism over the announced causes of war, over how they'll be paid for, whether anyone knows how to win one, and the expectation that they are more likely to make things worse than better.

Some of us like to look to the polls. Did Donald get a bump after bombing Syria? How big? How long did it last? (It was small and fleeting.)

Trump loves to brag about polls. Though, as with other things, it doesn't matter much if his brags are true or false. But he doesn't go by polls. He goes by his gut. (Not the gargantuan, wobbly one masked by drapery jackets and elephant trunk ties, the feelings from within.) He goes by instinct. The number of things that were supposed to have destroyed him and the number of polls that said he was done for, have proven him right.

The likelihood is that Trump will rant and rave. Promising to rain down the black rain. Threatening Armageddon. Fire and brimstone and worse. We know that he loves to raise the threat level to quadruple the legal decibel limit. We know that he loved to have his lawyers do it in his business, his divorces, and his extra-marital affairs.

His regime has no reserve of credibility. Mike Pompeo offered video of a small boat pulling something off the left side of one of the damaged ships. He claimed it was a mine. But the ship's owner said that it had been hit by a flying object above the water line on its right side. The Russians may love Trump but they said that his drone had been flying over Iranian airspace, and not over international waters, when it was shot down. Whatever is true or false, Russia supports Iran and the next question is whether Trump would do anything that Putin significantly opposes. So far, the answer is no.

It may also be that he understands - from his theatrical experiences - that pulling off the war option is tricky. The enemy has to start it. It has to be a real threat to something we care about. The war has to be won, but it can't be won too soon before the next election. That would be why he realized that this latest set of kerfuffles with Iran were only sufficient for cawing and strutting but were insufficient for war. Even a Wag the Dog war that's mostly for show.