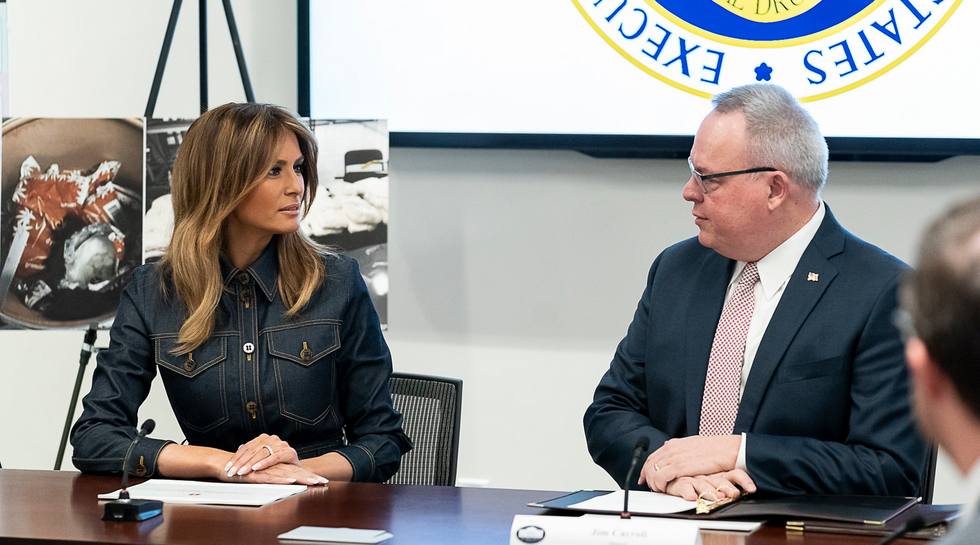 As part of its campaign to stem opioid addiction and overdoses, the White House Office of National Drug Control Policy (ONDCP—the drug czar’s office) has launched an education campaign called The Truth About Opioids, but some of the material it is presenting has more than a whiff of spin to it—and could imperil the ability of pain patients to get the relief they need.

The website declares in big, bold letters that “80% of heroin users started with a prescription painkiller,” and highlights the words “80%,” “heroin,” “started,” and “prescription” in lurid purple. The graphic suggests that heroin users were prescribed opioids, developed a habit, and then went on to junk, with the further implication that a way to reduce heroin addiction is to tighten and reduce the prescribing of opioids.

The website then asks readers if their reaction is “shocked,” “ah-ha!,” “outraged!,” or “fired up” by the information. It is only if readers scroll down the page that they are informed that the basis for the statistic is a 2013 study of “Heroin use and heroin use risk behaviors among nonmedical users of prescription opioid pain relievers.” (Emphasis added.)

That’s right, even though the graphic shouts out that people prescribed opioids then went on to become heroin addicts, the science it uses to back its claim is about recreational pain pill users. That’s deceptive.

Misleading claims about prescribing opioids and the potential for opioid addiction are, of course, nothing new. Twenty years ago, Purdue Pharma infamously claimed that the risk of addiction from OxyContin was so low as to be negligible, a marketing tactic that helped kick into overdrive the pain pill phase of the current wave of opioid use.

But the drug czar’s office, with its misleading suggestion that being prescribed opioids leads to heroin addiction, tips the pendulum too far in the other direction. There are real-world consequences to using such faulty information. The Drug Enforcement Administration cited that 80 percent figure last year when it ordered steep decreases in the supply of prescription opioids, and it claimed in the Federal Register that patients got addicted “after first obtaining these drugs from their health care providers.”

And now, a new study from researchers at Penn State University published in the Journal of Addictive Studies bolsters that claim. Concentrating on southwestern Pennsylvania, an area with high levels of addiction, the researchers conducted surveys and in-depth interviews with drug users to determine their drug-using histories. The sample size was small, with 125 people surveyed and 30 interviewed, but the results were illuminating.

This new study debunks the myth that the opioid crisis was driven primarily by doctors’ prescriptions.

The researchers found that two out of three of those interviewed got their first prescription opioids not from a doctor’s prescription, but either bought or stole them from a family member or friend. Another 7 percent bought their drugs from a stranger or a dealer. And only one out of four (26 percent) began with opioid medications prescribed by a doctor.

“What emerged from our study—and really emerged because we decided to do these qualitative interviews in addition to a survey component—was a pretty different narrative than the national one. There’s a lot about that narrative that I think is an overly simplistic way of thinking about this,” said lead author Ashton Verdery, Ph.D., an assistant professor of sociology, demography and social data analytics at Penn State.

“We found that most people initiated through a pattern of recreational use because of people around them. They got them from either siblings, friends or romantic partners,” he continued. “Participants repeatedly reported having a peer or caregiver in their childhood who had a substance use problem. Stories from childhood of witnessing one of these people selling, preparing, or using drugs were very common. Being exposed to others’ substance use at an early age was often cited as a turning point for OMI (opioid misuse) and of drug use in general.”

Among study participants, recreational drug use—or polysubstance abuse, in public health speak—was common, Verdery noted, and usually began not with prescription opioids but with drugs such as alcohol, marijuana, cocaine, methamphetamine, and prescription sedatives and stimulants.

“It is important to note that interviewees universally reported initiating OMI only after previously starting their substance use career with another drug (e.g., alcohol, marijuana, cocaine). Opioids were never the first drug used, suggesting that OMI is likely associated with being further along in one’s drug using career,” he added.

Researchers studying opioid addiction need to be aware of the role other substances play in the process, Verdery said. Understanding how opioid addiction is intertwined with other drug use is necessary to figure out the correct steps to take to prevent addiction before it takes hold.

“We think that understanding this mechanism as a potential pathway is worth further consideration,” said Verdery. “It’s not just that people were prescribed painkillers from a doctor for a legitimate reason and, if we just crack down on the doctors who are prescribing in these borderline cases, we can reduce the epidemic.”

It’s not nice for the drug czar’s office to promulgate deceptive and misleading information about why people are getting strung out on heroin. It results both in limitation on access to opioid pain medications for those who need them and in obfuscating the realities of how heroin addiction happens—and how best to deal with it.