Trump praises himself with fake Reagan quote — and immediately gets busted 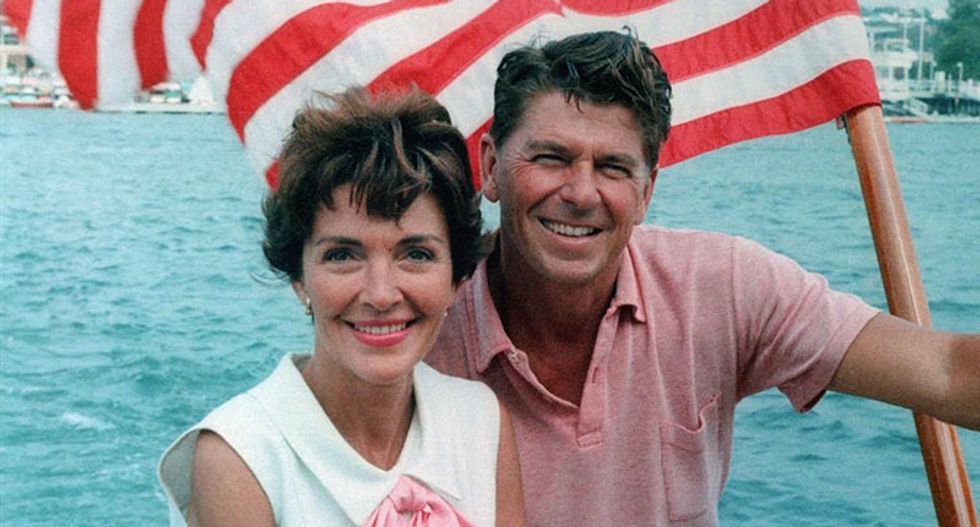 President Donald Trump retweeted a meme that features a fake quote attributed to former President Ronald Reagan after meeting him decades ago.

The current president did meet Reagan, and were photographed together a few times in the 1980s, but multiple fact-checkers have found the quote recirculated Monday morning by Trump is false.

“For the life of me, and I’ll never know how to explain it,” Reagan allegedly said according to the meme, “when I met that young man, I felt like I was the one shaking hands with the president.”

Trump commented “cute” above the meme, which was circulated in February 2017 by a low-follower knockoff of the highly popular right-wing Reagan Battalion account.

Dear weak Conservatives, never forget that you are no match for "we the people," and our president. pic.twitter.com/9sLKXtpiIw

The photo itself is authentic, and is from Nov. 3, 1987, but Joanne Drake, chief administrative officer of the Ronald Reagan Presidential Foundation and Institute, has said the former president did not comment on the meeting.

“He did not ever say that about Donald Trump,” Drake said.

Trump retweeted several posts from the genuine Reagan Battalion account related to the crowd size at his July 4 speech from the Lincoln Monument.