Trump administration official resigns 'in protest' after the White House blocked his testimony on evidence of climate change: report 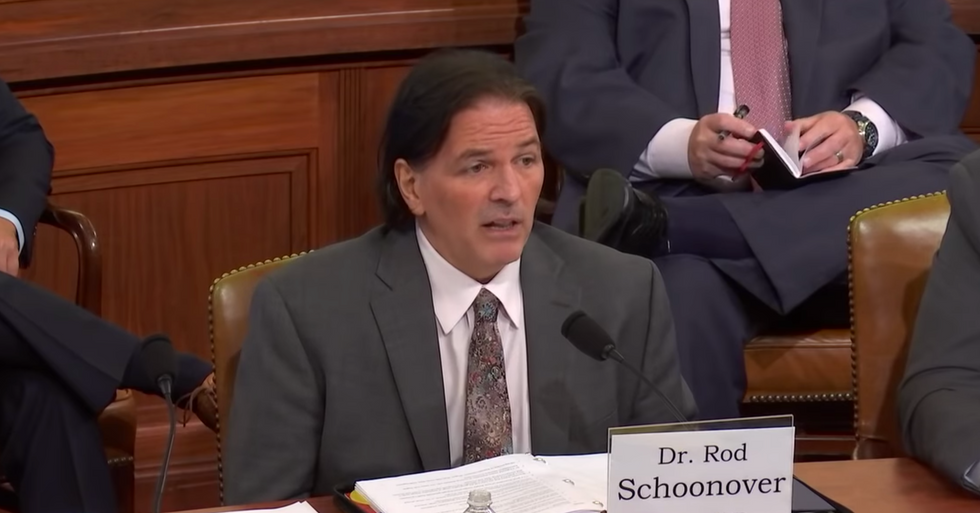 Rod Schoonover has resigned as a State Department intelligence official "in protest" over the White House's decision to block him from presenting evidence and data on the impacts of climate change in Congressional testimony, the Wall Street Journal reported Wednesday.

The report cited anonymous State Department officials as sources on the development. Previous reporting had revealed that the White House had blocked the written testimony.

According to several senior administration officials, all of whom spoke on the condition of anonymity to talk about internal deliberations, Trump administration officials sought to cut several pages of the document on the grounds that its description of climate science did not mesh with the administration’s official stance. Critics of the testimony included William Happer, a National Security Council senior director who has touted the benefits of carbon dioxide and sought to establish a federal task force to challenge the scientific consensus that human activity is driving the planet’s rising temperatures.

Schoonover still testified before the House Intelligence Committee on June 5, 2019, on the topic of the national security implications of climate change, but he wasn't allowed to provide evidence and data supporting his conclusions in his written testimony, the Journal reported. His written remarks were reportedly cut in half to exclude this information.

"As an intelligence officer, my job is to provide clear, objective, independent analysis top policymakers to advance U.S. national security," Schoonover said at the hearing. "The Earth's climate is unequivocally undergoing a long-term warming trend, as established by decades of scientific measurements from multiple independent lines of evidence."

He added: "We see few plausible future scenarios where significant harm does not arise from the compounded effects of climate change. People's choices in the present and future, however, dictate the magnitude of many factors."

The Journal reported that Schoonover's last day at the department will be Friday after having worked there for almost a decade.

The event highlights an ongoing struggle in the Trump administration, which arises from the fundamental failures of the Republican Party more broadly. The federal government has developed layers of experts and career officials who work to provide the analysis and information to elected and appointed officials in order for them to best carry out their duties to the public. But these career officials, while they certainly have political opinions, largely do their work with dedication toward pursuing the objective truth to aid decisionmakers. When a party like the GOP becomes so disconnected from reality that it denies the scientific consensus on climate change, it will likely clash with the government's experts.

Alternatively, as occurred under President George W. Bush, the intelligence community may be co-opted into building the case for even a deeply misguided policy aim such as the Iraq War. Notably, the Journal pointed out that Schoonover's agency, the Intelligence and Research Bureau, "was nearly alone among spy agencies in questioning whether Iraq had active weapons of mass destruction programs" when Bush pushed for war in 2003.