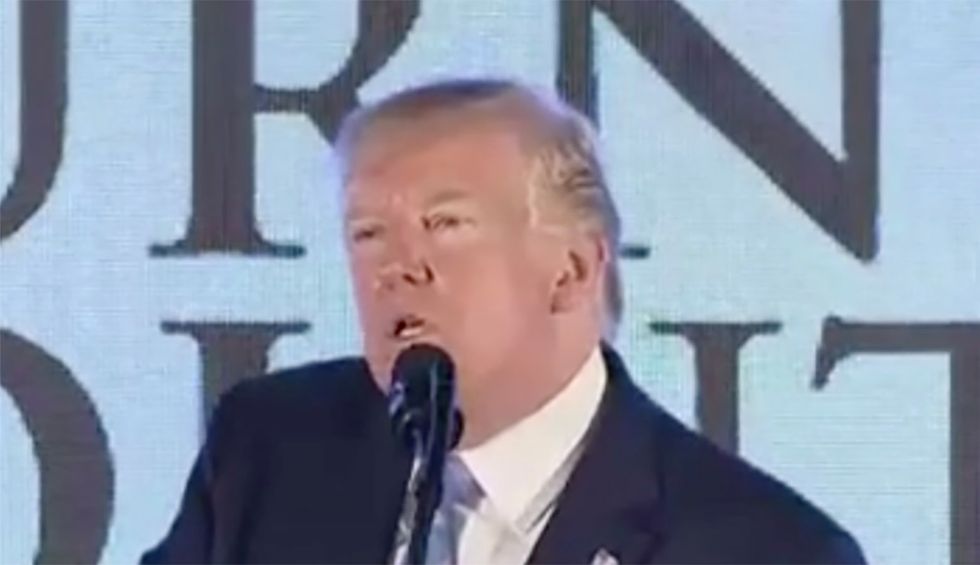 “But screaming and shouting, out of control, and then you see they have now another clip, where she’s even worse. This is representing us? This is not what we want representing us, I don’t think,” he said of Rep. Rashida Tlaib (D-MI).

He then singled out Ocasio-Cortez, mocking her name.

“I think it’s why we’re going to have a tremendous victory in 2020. And when I have one of the others — I guess this is Cortez,'” he said.

“Wait a minute. Wait a minute. Okay,” he never figured it out. I said, “That’s okay. I told him, ‘Just call her Cortez, because I don’t have time to call her by the whole name. It’s too long.”

“You know, you’re doing an interview. But she called our country and our people garbage. She said, “Garbage.”

He then turned to Hillary Clinton.

“That’s worse than deplorable. Remember deplorable? Yes you do. Remember, Hillary,” he said.

He returned to Ocasio-Cortez.

“And then you don’t have the Democrats fighting for Israel, and they end up passing things that have nothing to do with what the original problem was. You saw that. So I don’t know what they’re going to do. I don’t know.”