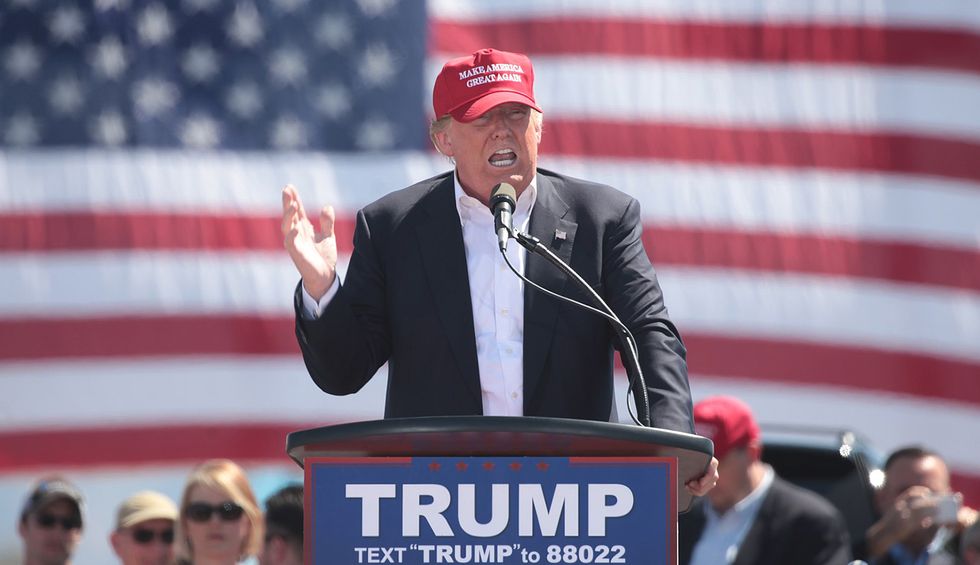 President Donald Trump is not letting go of his latest obsession: the four progressive Democratic freshmen Congresswomen who are also women of color.

In an early Wednesday morning rant Trump quoted Louisiana Republican Senator John Kennedy, a chameleon who likes to appear as a moderate on MSNBC, then take off his mask and reveal himself as strongly conservative.

Trump, quoting Kennedy, called the four Congresswomen, "wack jobs" and "the four horsewomen of the apocalypse," a phrase white nationalist Fox News host Laura Ingraham coined to attack the progressive Democrats when they were first elected in November.

“In America, if you hate our Country, you are free to leave. The simple fact of the matter is, the four Congresswomen think that America is wicked in its origins, they think that America is even more wicked now, that we are all racist and evil. They’re entitled to their opinion, they’re Americans. Now I’m entitled to my opinion, & I just think they’re left wing cranks. They’re the reason there are directions on a shampoo bottle, & we should ignore them. The 'squad' has moved the Democrat Party substantially LEFT, and they are destroying the Democrat Party. I’m appalled that so many of our Presidential candidates are falling all over themselves to try to agree with the four horsewomen of the apocalypse. I’m entitled to say that they’re Wack Jobs."

Here's Sen. Kennedy last night talking to Fox News' host Tucker Carlson, who has been accused of being a white supremacist.

Trump finished his rant by claiming – falsely – House Democrats are getting nothing done. Meanwhile, the truth is the House has passed 325 bills but "grim reaper" Mitch McConnell is refusing to allow almost any to come to the floor.

The Democrats in Congress are getting nothing done, not on drug pricing, not on immigration, not on infrastructure,… https://t.co/Up7YILcEvq
— Donald J. Trump (@Donald J. Trump)1563362426.0