Trump cannot be permitted to get away with his high crimes 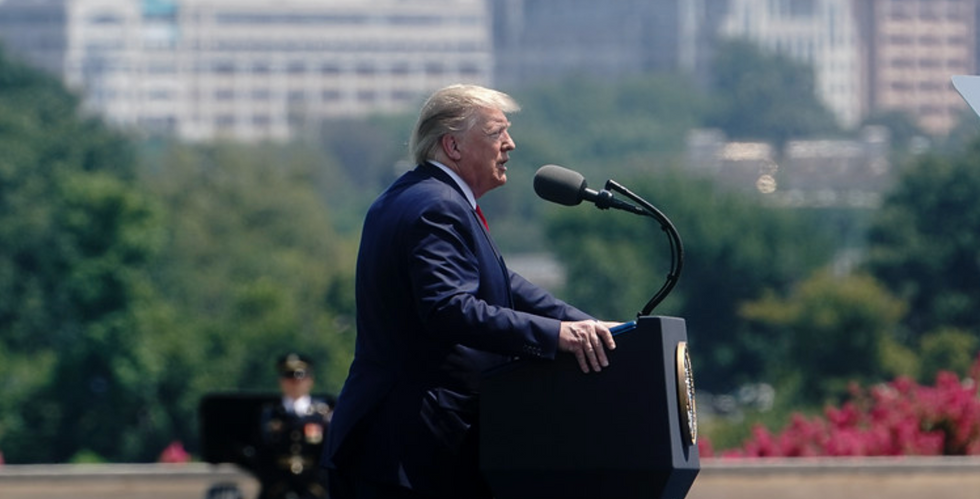 Robert Mueller's testimony disappointed anyone seeking drama, but his performance isn't the problem. What keeps congressional Democrats from fulfilling their constitutional duty to confront a lawless president is their own political inertia.

In his own careful and stolid way, Mueller laid out the facts and arguments provided in his 448-page report (although he evidently hasn't yet memorized each page, to the satisfaction of his detractors). Within the opening minutes of the hearing, Mueller's answers to House Judiciary Committee Chair Jerrold Nadler established that his report did not "exculpate" President Trump in any way; that in at least 10 instances, Trump attempted to stop the investigation by ordering Mueller's dismissal and discouraging witnesses from testifying; and that Trump refused to sit for an interview with Mueller or even answer questions about those many instances of alleged obstruction.

Those complaining that Mueller didn't make any "news" on Wednesday might look again at this exchange between him and Nadler, when he verbally rebutted Trump for the first time in public:

NADLER: Director Mueller, the president has repeatedly claimed that your report found there was no obstruction and that it completely and totally exonerated him, but that is not what your report said, is it?

MUELLER: Correct. That is not what the report said.

NADLER: Now, reading from page 2 of Volume 2 of your report that's on the screen, you wrote, quote, "If we had confidence after a thorough investigation of the facts that the president clearly did not commit obstruction of justice, we would so state. Based on the facts and the applicable legal standards, however, we are unable to reach that judgment," close quote.

Now does that say there was no obstruction?

NADLER: In fact, you were actually unable to conclude the president did not commit obstruction of justice, is that correct?

MUELLER: Well, we at the outset determined that we -- when it came to the president's culpability, we needed to -- we needed -- we needed to go forward only after taking into account the OLC opinion that indicated that a president -- sitting president cannot be indicted.

NADLER: So the report did not conclude that he did not commit obstruction of justice, is that correct?

MUELLER: That is correct.

NADLER: And what about total exoneration? Did you actually totally exonerate the president?

Under further questioning, Nadler said that the president "could be prosecuted for obstruction of justice crimes after he leaves office." That statement, Mueller affirmed, is "true."

During his hours before the Judiciary and Intelligence Committees, Mueller reiterated repeatedly the basic outline of the grave crimes against democracy that this president is alleged to have perpetrated. Mueller confirmed that the Trump campaign welcomed and encouraged the Russians, who sought his victory, to interfere in the 2016 presidential campaign.

He confirmed that the president lied incessantly about that interference by claiming that the Kremlin conspiracy was "a hoax." And he confirmed that when the government opened an investigation into that Russian interference -- perhaps the most significant criminal and counterintelligence matter of our lifetimes -- Trump attempted to stop it, over and over again, by command and by threat.

In his sometimes-halting testimony, Mueller attempted to protect his nonpartisan credentials and to emphasize the fairness and impartiality of his work. That was an understandable impulse but also a choice that Republicans exploited to attack him. Worse yet, those same Republican members minimized the Russian assault on our system, in the style of Fox News conspiracy theorists who sound as if they are programmed by the Kremlin.

But the story of the 2016 campaign and the effort to kill the Mueller investigation came through despite all the verbal chaff from the far right. There can be no adequate response to that story except an impeachment inquiry -- which is what the House Democrats are now conducting, without organizing or naming it correctly.

Speaker Pelosi may not relish that idea, but she knows that Trump cannot be permitted to get away with these high crimes and misdemeanors. She and her colleagues need to recognize what they are doing -- and get out of their own way.