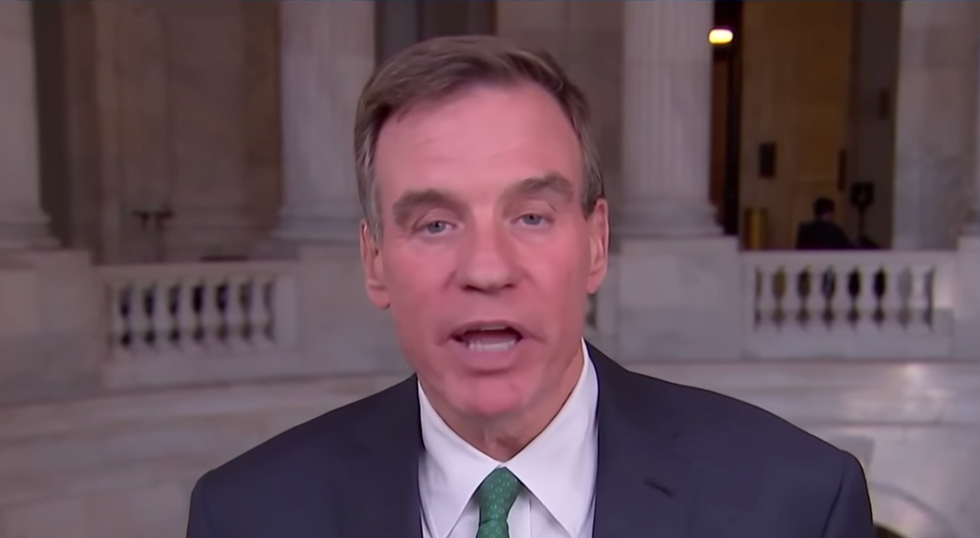 Speaking on "CBS This Morning" on Thursday, Democratic Sen. Mark Warner of Virginia urged the country to pay more attention to the issue of election security in light of former Special Counsel Robert Mueller's testimony.

"Where we've been focused is the point that Bob Mueller made repeatedly yesterday, not only did Russia attack us in 2016, but they will be back in 2020," Warner said. "I've got no interest in re-litigating 2016, I am interested in making sure that we have appropriate protections in 2020."

But as I argued on Wednesday, we can't really separate present election security issues from what happened in 2016 and President Donald Trump's subsequent efforts to cover it up. As it stands, Trump is the primary force in American politics preventing the country from fortifying its election systems against foreign influence and corruption.

And Warner acknowledged this point, saying that the president's attitude puts the country at risk.

"What bothers me is this president seems so obsessed about his own personal well-being that he dismisses this threat and frankly when he goes to a G-20 meeting and makes light of this issue with Vladimir Putin, he does not make our nation safer," he said.

In a tweet after the interview, Warner further bolstered this point.

"Seriously, his aides wouldn’t let the Secretary of Homeland Security brief the President on election security because they were afraid it would bruise his ego," he said.

It's been clear since 2016 that Trump regards the fact that Russia helped his campaign as a threat to his electoral legitimacy. Multiple reports have revealed that, within the administration, aides widely acknowledge that it's almost impossible to have a serious conversation with Trump about foreign election interference.

However, it's not just Trump that's the problem.

“Clearly this request is not a serious effort to make a law," McConnell said. "Clearly something so partisan that it only received one single solitary Republican vote in the House is not going to travel through the Senate by unanimous consent.”

CNN reported of the bills:

Two of those bills would require campaigns to report to federal authorities any attempts by foreign entities to interfere in US elections, and the third is aimed at protecting from hackers the personal accounts and devices of senators and some staffers.

The real reason for McConnell's resistance to such measures is not entirely clear. But many suspect that he opposes the measures as a pre-emptive defense of Trump, who may be likely to resist signing them.